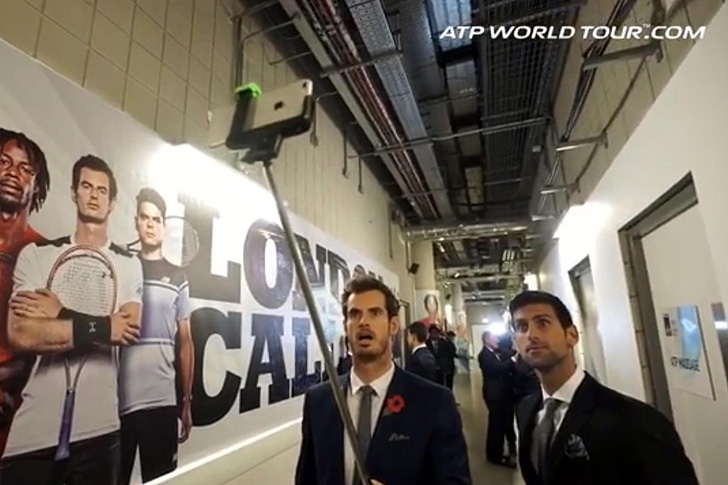 A NEW internet challenge has seen thousands of people across the world frozen, and not just in anticipation.

Although Hillary Clinton gave the Mannequin Challenge a try a full week ago in a bid to encourage people to vote, the craze is only now beginning to really take hold.

The challenge requires people to stand deathly still for as long as possible and give the impression of being a mannequin. It can be done by individuals or in groups, and the videos are usually accompanied by the song Black Beatles by Rae Sremmrurd. The jaunty tune warbles along in the background while the participants stare blankly at the camera with empty expressions and unseeing eyes.

Although it may sound easy, peasy, lemon freezy, standing still for a full 60 seconds or more is proving to be a daunting task for many participants, with even top athletes struggling.

A recent video of Andy Murray and the seven other top ATP players shows a smiling Murray apparently having the toughest job of the lot, as the new world number one is tasked with holding the selfie stick used to record the video. Although he may have ice in his veins on the court, Murray seems to have a bad case of nerves as he tries to keep the stick perfectly still for the duration of the video.

“Can’t. Stop. Shaking,” he mutters out between gritted teeth towards the end, after

Novak Djokovic, who Murray knocked out of the top spot after winning after the Paris Masters, playfully teases his tennis rival, asking “Andy, how’s your arm?”

The video apparently took 10 minutes to film, although producers have insisted that it actually went off without a hitch and that the majority of that time was used for preparation.

And if eight people remaining perfectly still for a whole minute sounds like an impressive feat, hats off to an arena full of people in Perth, all of whom managed to maintain their positions for a full minute while attending a Perth Wildcats basketball game. Reportedly, a whopping 11,658 people are featured in the video, which quickly set social networks alight as it almost immediately went viral.

The unusual trend recalls the Ice Bucket challenge which seized the world’s imagination and attention a few years back. Whereas that challenge was designed as a means to raise awareness for Motor Neurone Disease, it is believed that the Mannequin Challenge dates back to late October when a group of secondary school students in Florida made a video to promote awareness of testicular cancer.