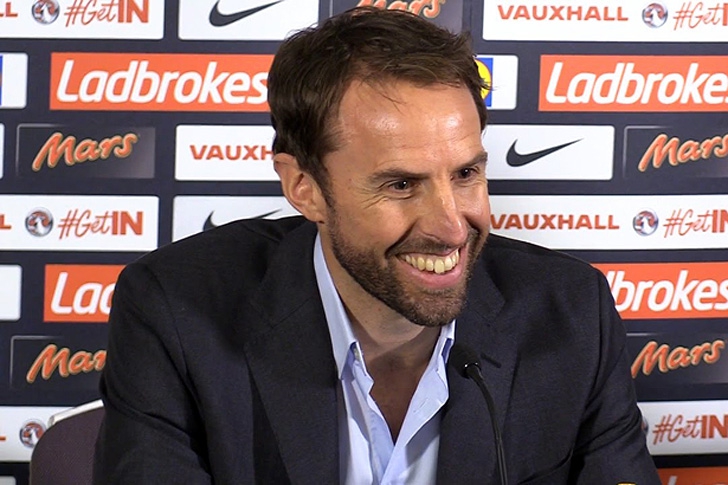 ENGLAND take on Spain at Wembley this evening (November 15) following their encouraging, if unspectacular, 3-0 win over Scotland on Friday night, as Gareth Southgate appears determined to take the game to the Iberian pass-masters in the final game of his four-match audition to be named permanent manager.

Barring a total disaster against La Rioja, Southgate would appear to be the obvious choice, and he has made it clear that he wishes his future to be resolved within a month, in order that the team and their Under-21 counterparts can organise their respective campaigns.

“It will be important for me to know what I’m doing after the middle of November,” he said.

“We’ve got a European Under-21 Championship to prepare for and the seniors have got their next round of qualifiers.

“Of course everybody is going to want to know, I guess, by the end of November, middle of December, where everything is heading so we can decide who is responsible for which parts of the organisation’s work.”

The 46-year-old former England defender has won two and drawn one of his three competitive games in charge to leave England top of Group F by two points in the wake of Sam Allardyce’s controversial exit, and his appointment is being backed by senior players including Wayne Rooney.

“He’s done all he can and I’m sure he’s the frontrunner,” said the Manchester United forward. “From my point of view, he’s in pole position.”

Rooney himself will take no part in the game against Spain, having been released from the camp with “a minor knee injury,” with Jordan Henderson set to don the captain’s armband in his absence.

Spain come into the game weakened by their own injury problems, with Andres Iniesta, Diego Costa, Sergio Ramos, Jordi Alba, Javi Martinez and Gerard Pique all unavailable, and the Three Lions will be eager to banish memories of their comprehensive 2-0 defeat a year ago in Alicante.

This is not to suggest that Spain will be easy opponents, with the imbalance of quality between the two countries perhaps best summed up by the fact that Cesc Fabregas and the in-form Pedro did not even make Julen Lopetegui’s squad, while Juan Mata, Nolito, Isco and Ander Herrera were among their substitutes in Saturday’s 4-0 drubbing of Macedonia.

For England, Jamie Vardy is set to come back into the starting 11, while Nathaniel Clyne and Ryan Bertrand may also be given a chance to impress having missed out against Scotland, and Burnley’s Michael Keane might be handed an international debut.

Oddly, the last time that both England and Spain scored in a match against each other was in 1987, but Southgate is not willing to grind out a draw as he attempts to put his own stamp on a squad still recovering from their Euro 2016 nightmare.

“Tomorrow what’s the plan,” Southgate asked. “Go selfish, shut up shop, try to eke out a 1-0? Or do we say ‘no lads, let’s play with belief, go with what we think is the right way to play. We’ll get some of those things wrong but we’ll get a lot right.’ We have to think further forward.”

The game can be seen live on Spanish TV channel Telecinco, with kick off scheduled for 9pm CET.