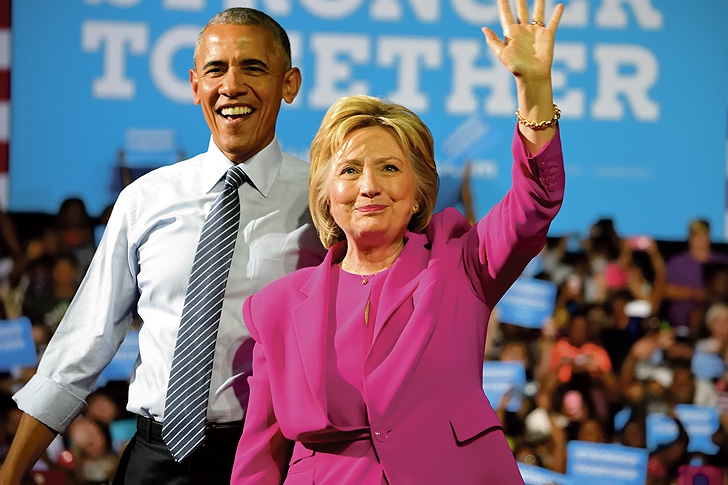 NO DOUBTS: At least Trump wasn’t reading from an idiot board full of empty rhetoric.

I DON’T think I need to say how relieved I was to see Trump elected last week. What puzzles me is why, with my favouring of Trump and also the ‘Brexit’ vote, I received a virtual Tsunami of ‘scoff’ mail, (some most unpleasant) but letters of support were extremely thin on the ground?

My point is, that with both my parties of choice obtaining a substantial majority, why did I not receive at least a reasonable amount of mail agreeing with my views? Was it because the ‘pro’ voters were ashamed, or even a little afraid to vent their true feelings in public, or was it yet another glaring example of the silent majority hiding its light under respective bushels?

Whatever it was, for heaven’s sake, if you feel strongly enough about a subject, even though it appears unpopular, shout your views from the rooftops. This is why favourable results are so laborious, it’s also why the polls get it so wrong. It’s always the whiners and gripers who shout the loudest.

Never be worried that your views may not be looked on favourably by friends and colleagues. Speak up, you may find that there are far more supporters of your opinions out there than you ever imagined.

And so to Trump. To me the selection was a no-brainer. The choice between a proven arrogant liar, supported by an equally proven lying spouse (‘I did not have sexual relations with that woman’), backed by an incompetent president, who helped Islamise the planet more than anyone since the Umayyads, (and ironically gained a multitude of votes for the Trump camp every time he opened his mouth), left me with no doubts at all.

Sure Trump made a whole host of questionable statements in his orations but at least he wasn’t reading from an idiot board, full of clichés and empty rhetoric supplied by scriptwriters.

And don’t worry, they haven’t elected another ‘Spectre’ figure with his finger hovering over the red button. Congress and the Senate will have far more influence over his decisions than they would have had over Clinton.