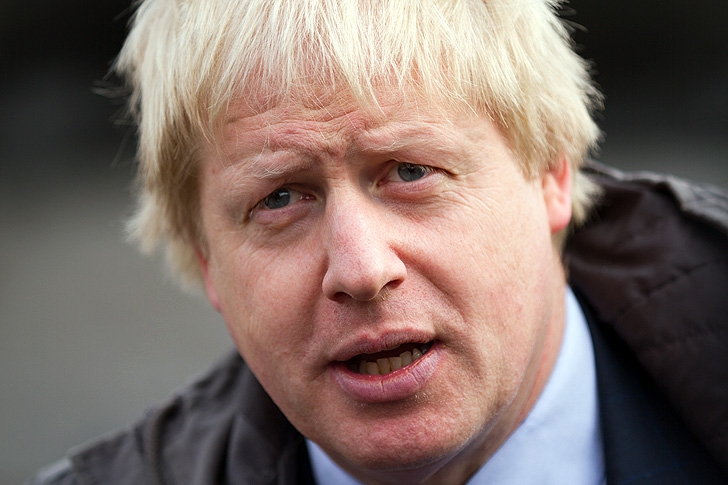 BORIS JOHNSON’S appointment as foreign secretary, which was widely viewed as an attempt by Prime Minister Theresa May to keep him under control, is producing increasingly chaotic results after further comments from the ex-London mayor attracted widespread criticism from European ministers.

In an interview with Czech newspaper Hospodářské Noviny this week, Johnson referred to the idea that freedom of movement between countries is a founding principle of the EU as “bollocks.”

He went on to suggest that Britain is probably leaving the European customs union, a condition of the European Economic Community that permits the EU to negotiate as a single entity in international trade deals since no customs are levied on goods travelling within the bloc.

Whitehall has warned that leaving the customs union could have seriously negative implications for the UK economy, but in the interview Johnson said: “Probably we will need to leave the customs union, but this is a question which will be dealt with in the negotiations.”

The bombshell is likely to alarm both businesses and parliament, since the government has been reticent to discuss their plans for Brexit in detail.

In terms of the customs union, trade secretary Liam Fox is said to be keen to leave in order to free the UK to negotiate independent trade deals with non-EU nations, whereas chancellor Philip Hammond is concerned about the potential impact on the economy.

Johnson’s words attracted sharp criticism, with Dutch finance minister and Eurogroup president, Jeroen Dijsselbloem, particularly withering, as he told BBC Newsnight: “I think he’s offering to the British people options that are really not available. For example, to say we could be inside the internal market but be outside the customs union, this is impossible, it just doesn’t exist. The opposite does exist. We have a customs union with Turkey but Turkey is not part of the internal market.

“He’s saying things that are intellectually impossible, politically unavailable, so I think he’s not offering the British people a fair view of what is available and what can be achieved in these negotiations.”

Elsewhere, Carlo Calenda, an Italian economics minister, spoke of Johnson’s “insulting” comments to him at a recent meeting, during which the foreign secretary urged Italy to allow Britain access to the single market “because you don’t want to lose prosecco exports.”

In the same interview, Johnson said that “there is every reason to be positive” about incoming US president Donald Trump, despite describing the billionaire reality TV star as “out of his mind” and “frankly unfit” to lead the country prior to his election.

Some critics now claim that Johnson is actively attempting to destabilise the Brexit process for his own personal gain, with Theresa May’s official spokeswoman unable to confirm whether his words accurately reflected government policy.

May herself told the House of Commons that the customs union decision was not “binary” on Wednesday, November 16, as she came under fire from opposition parties over her lack of a tangible strategy for Brexit.

The prime minister once again repeated her mantra that the government is designing a coherent plan, but that they remain unwilling to share details with parliament until negotiations get under way, leading Labour leader Jeremy Corbyn to respond that the Tories are “making a total shambles” of the process.