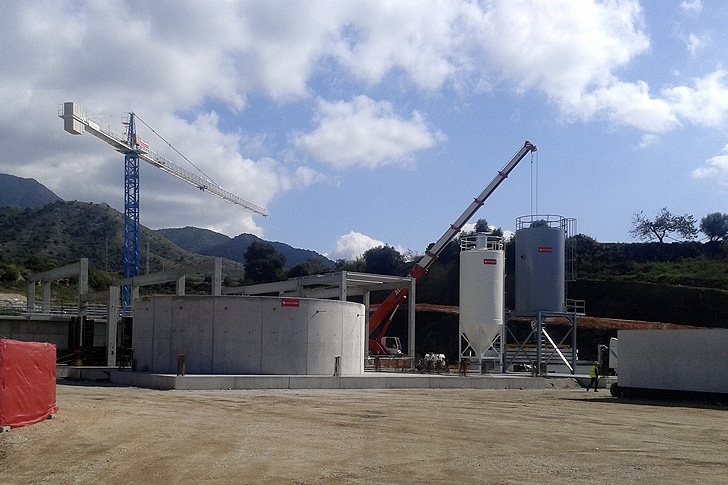 LAGGING BEHIND: The treatment plant in Nerja has suffered a slew of delays.

SPAIN faces astronomical European Union (EU) sanctions of “at least” €46.5 million after failing to provide wastewater treatment for 17 towns and villages, several of which are located on the Costa del Sol and Costa Tropical.

The threat comes five years after the EU Court of Justice slammed Spanish authorities because there remained 37 municipalities with more than 15,000 inhabitants that did not purify wastewater, rather dumping it into local rivers or the sea.

“The lack of an adequate level of collection and treatment of wastewater poses significant risks to human health, inland waters and the marine environment,” reads their official stance on the matter.

The European Commission has now tired of waiting for Spain to fix the problem, since 17 of the towns still have no treatment facilities and continue to pollute the environment.

It is now requesting that a fine of €46.5 million be issued, plus additional charges of €171,217 per day should the required infrastructure not be in place by the date set for the judges’ second resolution.

Locally, San Pedro de Alcantara, Estepona, Alhaurin el Grande, Coin and Nerja are the guilty parties, with the latter in particular pouring untreated sewage into the sea with no prior filtering.

Construction of Nerja’s treatment plant began in January 2014, but there have been a raft of delays and other obstacles which suggest that the operational target of mid-2017 is speculative at best.

In Estepona, work began in 2010 at a projected cost of €30.1 million but the project remains in limbo due to a lack of funds, while completion of the lower Guadalhorce plant, intended to serve Coin, Alhaurin el Grande, Alora and Pizarra is unresolved due to ‘discussions’ between the Junta de Andalucia and Malaga City Council following a decade of paralysis.

Other offending municipalities in Andalucia include Matalascañas, Isla Cristina, Tarifa and Barbate, with the remainder in Galicia, Asturias, Valencia and the Canary Islands.