A change: for better or worse? 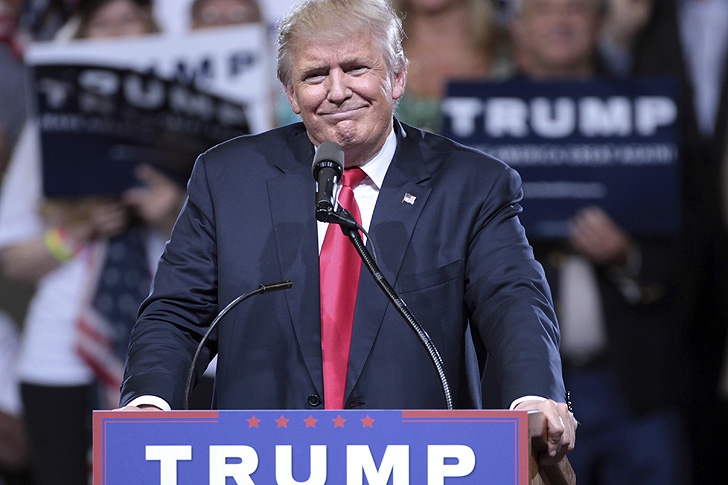 PRESIDENT TRUMP: If he learns to temper his language he may just surprise us all.

I have so far resisted the temptation to become involved in the debate regarding the run up to the Presidential Election in the United States.

It’s not really my brief and besides, there are others writing on the subject who are far more erudite than me.

However, with the result now in and the flood of angst and hostility that we are witnessing on social media and in the press, I am experiencing a déjà vu moment.

Although the circumstances are somewhat different, we are again witnessing the hysterical outpouring that occurred, and is still occurring, over Britain’s vote to leave the European Union.

The tyranny of the minority is once again in full vigour, accusing the majority of being racist, uneducated, ill-informed and ignorant, along with other more savoury language.

Once again we have a democratic vote being savaged by those who, whilst professing to love democracy, are happy to stamp it under foot in order to get their own way.

I have no particular liking for Donald Trump who has come across during the long campaign as coarse, boorish, vulgar and insensitive in the extreme. But as with Brexit, it illustrates yet again how utterly sick to the back teeth ordinary people are with the present corrupt political system.

When somebody like Trump can be elected to the highest office in the world, it tells us in no uncertain terms how desperately in need we are of a complete sanitising of the present political systems in the US and Europe.

The domination by vested interests over our everyday lives and their influence on political decisions, is what Trump is referring to when he talks of ‘draining the swamp’ when he reaches the White House.

One of the biggest criticisms of the man is that he is not, and has never been, a politician.  But isn’t that a plus?

Trump may be the answer to the concerns of the average American and he may not, but once he has his feet firmly established in the Oval Office, it is to be hoped that with the right people around him, he will learn to temper his language and acquire a smattering of diplomacy.

If he can do this, then just possibly he will surprise us all.  Because one thing that he represents and resonates with many is change, and change is what we need.