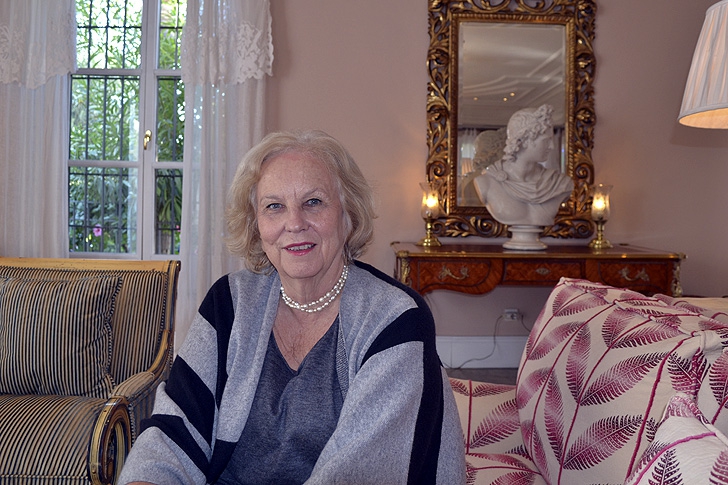 IT was in the 1990s when the fear of HIV/AIDS was at its height that Princess Diana tried to bring an element of understanding into the world by meeting and touching people with the virus in order to show that she did not believe the wild rumours that it could be spread by being in the same surroundings as a sufferer.

At that time, well-known resident of Marbella, Princess Marie-Louise of Prussia, great-granddaughter of Kaiser Wilhelm II, had decided that she had to cut down on her activities on behalf of UNICEF with whom she had been associated for 20 years, as she needed to spend more time with her growing children.

She modestly explains during an exclusive interview that whilst she would no longer be travelling around the world, she wanted to become involved in some form of charitable work and give something back to Marbella which had treated her and her husband so very well.

It was particularly clear back then that the HIV/AIDS problem was here to stay and it could affect anybody, be they young or old, gay or straight, and it was potentially a devastating killer, so she decided that she would do what she could to raise awareness and funds to help sufferers.

Without financial help from Marbella Town Hall, she managed to raise funds to set up a day centre for sufferers in San Pedro de Alcantara and she is still president of Concordia Anti-Aids Asociacion (ACAS) working tirelessly to keep the centre going and to educate the young in particular about the dangers of unsafe sex.

Local Spanish residents seem to have taken this charity to heart and they are very supportive with generous donations not only to keep the centre open but also to allow regular visits by volunteers to local schools in the area from Estepona to La Cala de Mijas to give talks and to educate potentially vulnerable youngsters.

Until now, no English school has ever invited a speaker to explain the problems of the virus but the charity is delighted that the Laude San Pedro International College has now broken the mould and joined the German School in Malaga in offering to take a speaker for the children.

There are some British supporters but they are dwarfed by the Spanish, German and Scandinavians who do what they can to generate income for the charity which now has 140 people on its books plus a number of children who are related to sufferers. Thankfully, due to medical advances, only 2 per cent of children are now born with the virus.

With four staff, members of the committee and five volunteers, the charity relies on fundraising events such as the St Nikolaus Dinner being held at the Puente Romano hotel in Marbella on November 25 where some 200 people are expected to attend.

For more details on this very worthy and somewhat ignored charity which exists to make life better for those who often caught the virus unknowingly, do please visit www.concordiamarbella.com as your help could make a difference.