Changes afoot but knickers are safe 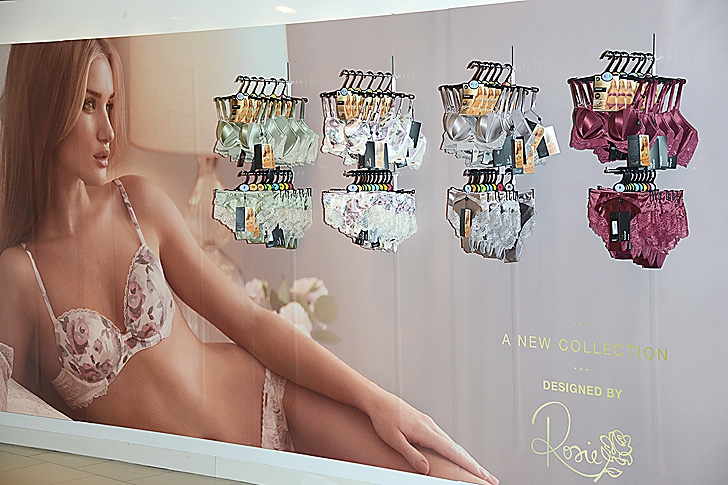 M&S UNDERWEAR: The Autograph range is to be kept.

ALTHOUGH respective chief executives of Marks and Spencer (M&S) have been fighting flagging sales for years, they have always found some comfort in the fact that food sales were good and ladies liked to buy their underwear from the store as it was long-lasting, unlikely to break at an embarrassing time, good value for money and some ranges were quite sexy.

As long ago as 2008, volatile and voluble TV journalist and host of University Challenge Jeremy Paxman made a public complaint about the lack of support in the gusset of his M&S underwear and there seems to have been a been a downwards spiral ever since.

Now it has been announced that the company will close 30 of its UK stores and convert  a further 45 into food only establishments and other stores will see a massive reduction in the amount of space devoted to both clothing and homewares which are proving to be a drag on the overall business.

This could be the start of a major sea change at M&S as their new CEO Steve Rowe has made it clear that he wants to increase the number of outlets offering profitable food lines and reduce by perhaps as much as 100 the number of stores selling non-food items.

It follows that this will then probably spell an end to expensive Christmas TV promotions which have matched celebrities such as Twiggy and Myleene Klass with glamorous young and old models. Put simply, younger consumers are attracted to cheaper clothes from brands such as H&M, Matalan, Primark and Zara where they can often buy two or three outfits for the price of one in M&S and older customers seem to be drifting away from buying their clothes in-store, preferring internet purchasing and their furniture is really very expensive.

Some clothing brands will be phased out and it is intended to make a strategic withdrawal from its overseas shops which have not performed as well as hoped or expected in a number of countries although successful stores in Hong Kong, Ireland and for some reason the Czech Republic will be kept.

It is estimated that all of these changes could cost up to £200 million (€228 million) but will be needed if the company is to reverse the regular drop in quarterly profits that it has seen for a number of years.