Smuggling: a way of life 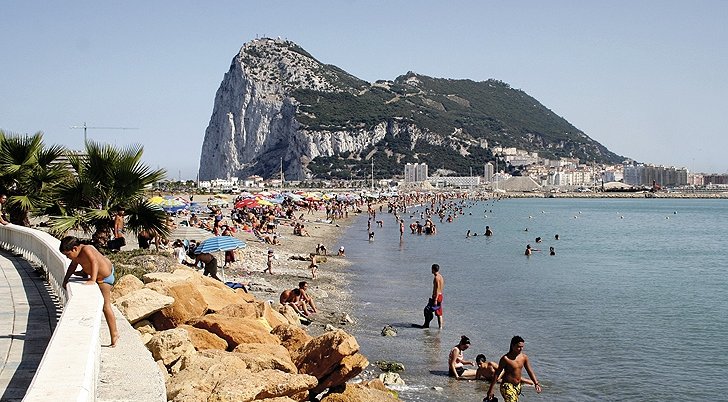 LA LINEA: The seafront near where the package exchange happened.

Whilst I was waiting for a Grua to come to my assistance when my car broke down on the sea front the other week in La Linea de la Concepcion, I witnessed an incredibly slick smuggling operation which was over in the blink of an eye.

At 4pm precisely on November 5, a small boat with an outboard motor carrying two men and some packages shot up to the sea wall and immediately a young man on a motorbike wearing a helmet and a scarf around his face drove onto the promenade, leant over and took three large packages from the hands of the man not steering the boat.

He then drove straight across four lanes of traffic, over a low reservation into a large housing estate made up of blocks of flats with narrow paths by them and promptly disappeared. Whilst this was happening, the boat turned around and shot off at high speed towards Algeciras.

One can only surmise as to what the three parcels contained, but it is unlikely that they held a few cartons of cigarettes from Gibraltar rather they almost certainly would have contained drugs smuggled over from Morocco or even South America.

Some could argue that I should have photographed all of this and then contacted the police but it happened so quickly there was little I could do and in hindsight, I don’t think that I would have done anything anyway.

Simply put, I was with my wife and had I taken a photograph of the small boat and the men in it on my phone, how am I to know that they didn’t have guns or could easily have turned round and attacked us?

It‘s not that long ago that the so-called ‘Winston Boys’ used to stand on the beaches of La Linea waiting for boats to bring in contraband tobacco and if the Local Police tried to stop them, there were so many locals on the beach that they would simply beat the police officers up.

In a small town where effectively everyone knows everyone else, especially where there is great deal of poverty, people have a tendency to mind their own business and just let things happen without getting involved.

It may not be the most heroic thing to do, but family will often come first and heroes tend to be few and far between.

One thing is for sure however, whoever planned this audacious piece of smuggling must have done it many times before in order for the actions to be so meticulous.