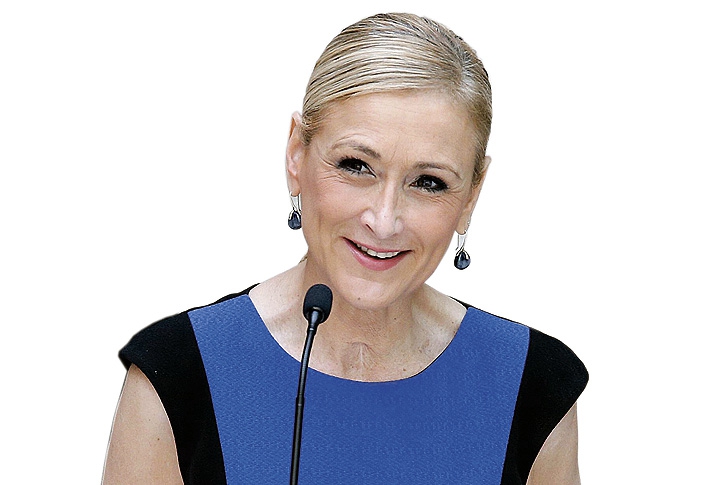 HAVING seen the LOMCE education law lying in tatters on the parliament floor Mariano Rajoy went running to the Constitutional Tribunal to veto MPs’ own right to the veto.  With his overall majority gone Mariano Rajoy promised dialogue with other parties but clearly still prefers a monologue.

INSIDE the Partido Popular’s Calle Genova headquarters in Madrid there is little appetite for the primaries that regional politicians want.

The party’s ‘Father knows best’ principle is unlikely to be modified although background murmurings calling for primaries cannot be entirely silenced.

The PSOE membership who hoisted Pedro Sanchez from the ranks to the top of the heap in 2014 was directly responsible for the socialists’ 2015 and 2016 election defeats, but the hierarchy’s lack of enthusiasm for primaries lies in another direction.

The PP gives an enviable impression of unity whatever underlying tensions seethe beneath the surface and for the time being at least, Genova can afford to take the ‘if it ain’t broke, don’t fix it’ approach.

RITA BARBERA, Valencia City mayor for 24 years until May 2015, finally declared before the Supreme Court but died that night of a heart attack in her Madrid hotel. Drummed out of the Partido Popular for alleged involvement in the Taula corruption case, Barbera remained a non-aligned Senator.  She clung to her right to be tried by the Supreme Court and denied all knowledge of illicit Partido Popular funding, double accounting or money laundering.

On her death the same party to whom she had become an embarrassment heaped her with praise: “There was no justification for the witch hunt she was subjected to,” lamented former Speaker Jesus Posada. “She didn’t deserve it,” added MP Celia Villalobos, as both shed crocodile tears and, in classic Spanish manner, interpreted being brought to book as persecution.

CRISTINA CIFUENTES, president of the Madrid Community rarely puts a foot wrong but tripped up by declaring that the Madrid region’s taxes financed Andalucia’s education, healthcare and other services.

Cifuentes later trotted out the usual excuse that the words were taken out of context but her own party, the Partido Popular, was hopping mad at losing potential support and votes in Andalucia.  And despite expressing obligatory outrage, regional president Susana Diaz was wreathed in wide smiles thanks to Cifuentes’ own goal.