When life gives you some lemons 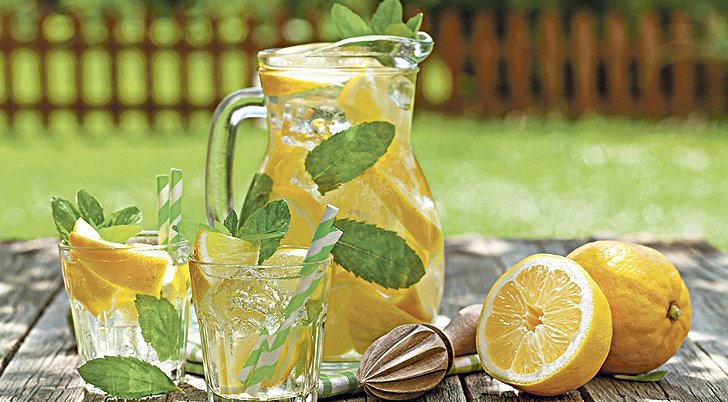 TELEPHONE PROVIDER: Well you know what they say about lemons and lemonade...

IT all began with a lot of rain. In our village on the SW edge of Mallorca we do experience some heavy and thrilling storms.

The ones that visited us recently not only filled the cisterna but also knocked out our internet: if you work from home on the internet you’ll understand. We’d been using a type of satellite wifi quite happily for the past five or so years, weather permitting.

Each time the connection failed I would make a call to the provider who would sigh, tell me it was the Mal tiempo, Senora, and tell me to be patient. Then a couple of hours later I would call again and remind them of my epic patience.

If I was lucky I would be speaking to a technician who knew which thing to turn off and on again and that would be it we’d be back online. But last week we were offline for 24 hours with no apology, and crucially, no offer of a discount on our monthly bill.

I know it sounds picky, but I think as a customer I should be offered some sort of acknowledgement of my lack of internet from the company. The day that I called and demanded that the internet be restored and then, after some background noises, some shuffling, the sound of a plug being taken out and put back in, miracle of miracles, it worked again. That was the day when enough was enough. It’s a ‘first world problem’ but it is a problem for my clients if I can’t send them my words or pictures when they need them.

Luckily for us some super wizzy fibre optic cables had been installed in the village (inelegantly attached to the front of our house and every other house on the main road) so we knew what we wanted to do. After a little investigation we decided to go for it, the offer included switching our internet and our mobile numbers as a package. Sounded good.

We’ve had our numbers with, let’s say they are called Lemon, for more or less a decade. This business has been accepting my payments monthly and we’ve more or less left each other alone for that time. But you would not believe how much they’ve sulked since being told that they are sacked.

I’ve never had so much attention from some call centre in Madrid! (TIP: if you answer the phone in RP English they very swiftly hang up). A very friendly and helpful gang, let’s call them Princess Telephone in Portals Nous, held my hand all the way along the process and I am now the proud owner of 300 mb internet, two phone lines (numbers retained) and a fixed phone line (my mother-in-law is delighted as she wants to call us ‘at home’) all for the same amount of money we used to pay Lemon.

Well, you know what they say about lemons and lemonade…