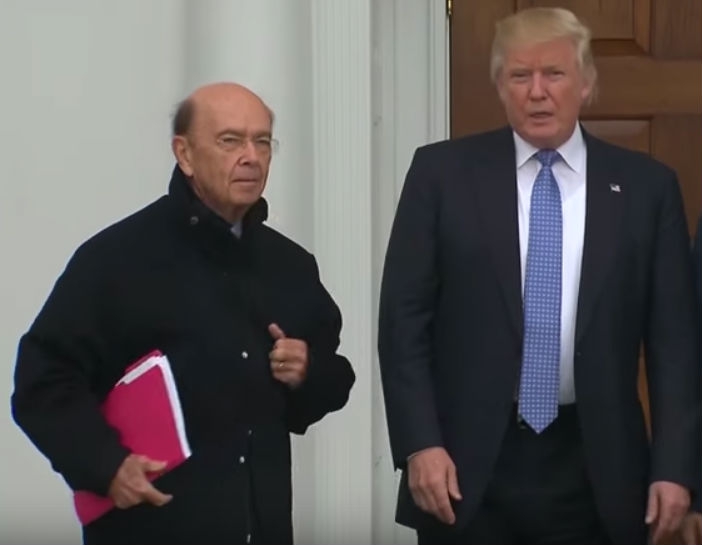 THE man who will be responsible for negotiating a free trade deal between Britain and the US has encouraged other countries to take advantage of the UK’s post-Brexit vulnerability.

Billionaire businessman Wilbur Ross will be Donald Trump’s chief of trade in the president-elect’s new administration. He has said it was ‘inevitable’ that there would be ‘relocations’ and has urged Cyprus, Germany and Ireland to take full advantage of the volatility.

The investor, who will play a key role in determining the nature of Britain’s transatlantic relations, described Brexit as a ‘God-given opportunity’ for London’s financial rivals while addressing Cypriot bankers.

The revelations comes amid a stream of developments related to Britain’s post-Brexit trade prospects.

Ireland’s future position as the only English-speaking country in the EU has reportedly seen more than 100 top companies inquire about relocating from London to Dublin.

The man in charge of attracting foreign investment to the Republic has claimed to have received a huge increase in interest from financial services companies keen to maintain access to the European market.

Head of the Irish Industrial Development Agency, Martin Shanahan, said that Ireland is particularly attractive to Asian and American companies. Especially those looking for a European base with access to the single market, proximity to the UK, that speaks the language of business and has low corporation taxes.

That places Ireland in prime position to make the most of Britain’s likely withdrawal from the single market.

However if the former governor of the Bank of England is correct, Brexit could be positive for both the UK and Ireland.

Speaking to Radio 4 on Boxing Day, Lord King said that the UK could soon take advantage of ‘real opportunities’ to sign trade deals with other countries outside of the EU.

“Being out of what is a pretty unsuccessful European Union – particularly in the economic sense – gives us opportunities as well as obviously great political difficulties.” he told the program.

“I think there are real question marks about whether it makes sense to remain in the customs union.

“Clearly if we do that we cannot make our own trade deals with other countries.”