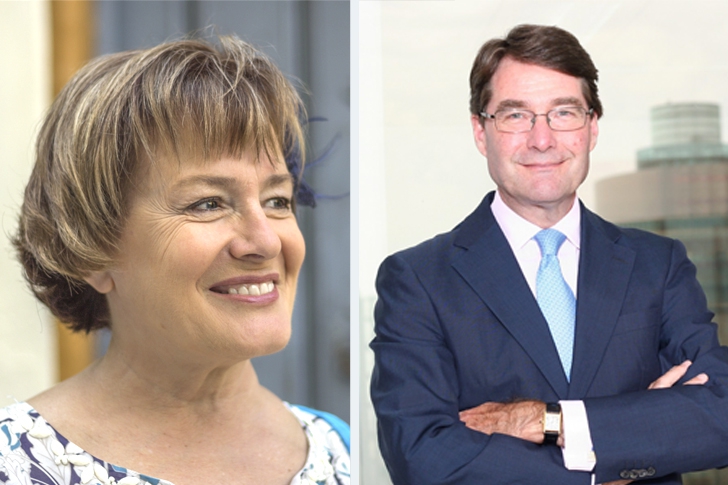 TWO British residents in Spain have been awarded honours by Her Majesty The Queen in the New Year Honours List 2017 as published today, December 30, in The Gazette, the UK’s official public record.

Liz Parry, former Editor of SUR in English, an English-language newspaper in Southern Spain, and resident in the province of Malaga, has been awarded the British Empire Medal (BEM) for her services to British nationals living in Andalucia.

Roger Cooke, latterly President of the British Chamber of Commerce in Spain and resident in Madrid, has been appointed a Member of the Most Excellent Order of the British Empire (MBE) for his services to British business in Spain and British-Spanish trade and investment.

Honours lists are published twice a year, on the Queen’s official birthday in June and at New Year, and recognise extraordinary achievement and service to the UK. Following a nomination process, an honours committee reviews all the submitted nominations. The Queen then awards the honour.

In the cases of Ms Parry and Mr Cooke, their outstanding achievements ensured they stood out amongst the many nominations received for this year’s New Year Honours list.

The British Ambassador to Spain, Simon Manley, said: “I am delighted that the achievements of Liz Parry and Roger Cooke have been recognised by Her Majesty The Queen in this way, whether it be Liz through her distinguished journalism and consistent promotion of Britons’ integration into Spanish society, or Roger and his leadership of the British Chamber, our principal partner in strengthening a €46 billion bilateral commercial relationship.”
Reacting to the news of her award, Liz Parry said: “I am delighted and proud to have been awarded this medal for service to British residents in our international community! It came as a complete surprise and I don’t know who nominated me, but I would like them to know that I am honoured and grateful.”
Roger Cooke, similarly surprised, said: “I am delighted to receive this award and that a contribution to Anglo-Spanish trade has been recognised at a time when this is so important to both countries’ economic wealth and to their citizens. As always there is a team effort behind this success and it would not have been achieved without the great support of the team at the British Chamber of Commerce in Spain.”