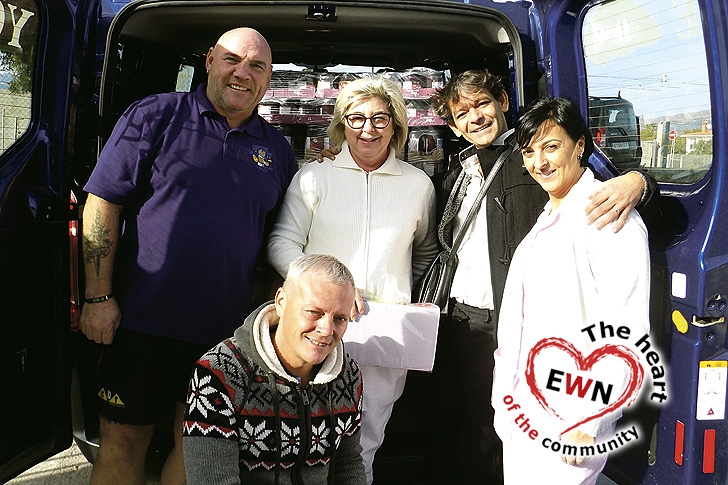 Busy Bees Benidorm is a charity which raises much-needed funds to support children whose home lives, for whatever reason, have fallen apart and who desperately need help.

Set up by Tad, Paige and Wayne and Des Bellamy-Wright, they had originally worked with local charities but decided to strike out on their own when they felt they could do a better job themselves.

This includes not only 100 children, from new-borns up to teenagers, who have been taken into care by social services but there is also a refuge for women and children who are victims of domestic violence.

Busy Bees is proud to say that every cent raised and donated goes to those who are in need. Their operation is completely transparent and anyone can look at their books, should they so choose, to see where the money is going.

Your money goes towards looking after the children and no wages or expenses are taken by the group themselves.

Since opening, they have raised more than €45,000, all of which has gone to the children and the women in need.

Their work has been so successful that it’s about to get a boost, by featuring in a documentary set to go out over eight weeks on Channel 5.

With a bit of luck, and a push from Euro Weekly’s readers, we can all help them continue their work, either by donating cash or much-needed foodstuffs and clothing. The ExPats Cash & Carry in Villajoyosa was helping out on Tuesday with Gary  loading donated food for the homes.

The Busy Bees crowd stress what they also need just as much is quality clothing. The test, if you want to take it, is would you still wear an item if you could? If so, then they’ll happily take it. When it comes to foodstuffs what they’re really looking for is what is in-date and Spanish. Most of the children are not familiar with British food, said the charity.

There are three collection points in Benidorm for Busy Bees: The Carousel Bar, The Benidorm Palladium Cabaret Bar and Yorkshire Pride III. In the most recent act of generosity, staff at the Rio Park Hotel and its customers donated presents to give out to the children for the Three Kings festivities.

If you would like to support the charity and its vital work you can click on their PayPal link on their Facebook page to make a donation and remember: every cent goes to those in need!