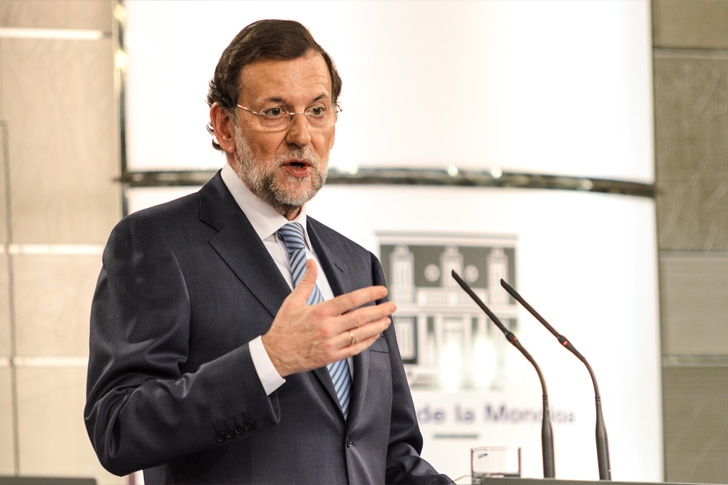 MARIANO RAJOY wants to complete his full four-year term at the head of the Spanish government.

He avoided a third general election in the interests of stability, he says in self-sacrificing tones. Rajoy’s huge overall majority has shrivelled into a minority government obliged to negotiate on all sides, so why do it when a third election would have theoretically benefited him?

The PSOE is split after sensibly allowing Rajoy to govern.  Podemos is equally riven by personality clashes amongst its founders. Ciudanos does better in opinion polls than elections and is quietly merging into the background.

Rajoy believes he has them all in a cleft stick as another general election could harm them more than it would hurt him.  This, he hopes will prevent them from opposing new legislation or eviscerating his Education, Labour and Public Safety laws.

If the situation gets out of control the threat of another election should keep them all in line.  Shrewd Galician thinking, or whistling in the dark?

REFORMING the Constitution will not solve the Catalan problem, Mariano Rajoy maintains.  He is right for the wrong reasons because what needs reforming is Spanish thinking on nationalism.  Equating this with separatism adds fuel to the Catalan fire which is why Rajoy’s treatment of the problem over the last five years is tipping the balance in the wrong secessionist direction.

THERE have been moves in the past to raze or rename Franco’s Triumph Arch and now the Compromis party wants it to be demolished.  Few Madrileños or visitors associate it with the late dictator and fewer understand its Latin inscriptions. If older Spaniards learned to live with their past, why can’t young politicians?

THE PSOE told Rajoy that whether he lasts the entire four years depends entirely on him.

The party now led by a management committee knows it does not have a Rajoy-type cleft stick but the socialists still have a minor weapon in their depleted armoury.

If Rajoy throws his rattle out of the pram and dissolves parliament in the near future, the non-thinking voting public is unlikely to pay much attention to his motives.   Many would believe he had intended to do this all along and he, not the PSOE or other parties, could pay for that at the polling station.