Craft beers are becoming big business in the UK 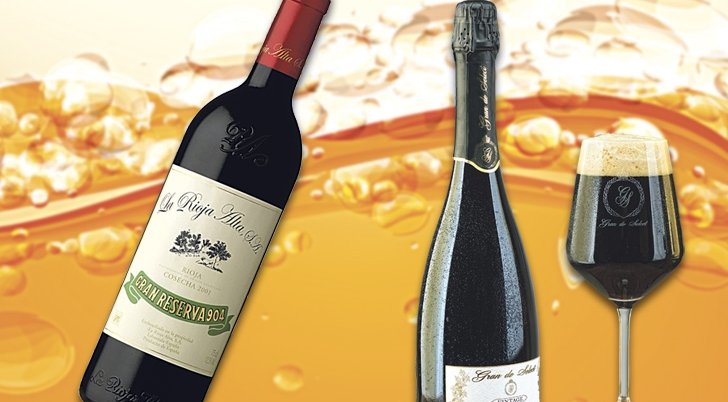 HOSE of you who were born after 1966 can only remember the World Cup of that year from those who continue to reminisce about how England won it (the first and only time!!).

However it is still very close to many people’s hearts and prompted the TV series Tina and Bobby, based on the life of the fist golden couple of football. It made me smile when Tina was giving birth and Bobby yelled (from a safe distance) “Go on put your back into it!!”

Hardly a calming and caring way to encourage the poor girl in labour – sounded more like what the team manager would shout from the sidelines!!

I NEVER met Booby Moore but I have met, a couple of times, the legend that is Sir Geoff Hurst MBE, the only footballer to have scored a hat trick in a World Cup. The first time was when I was running Tikitano Beach Restaurant on the ‘New Golden Mile’ just outside of Estepona.

He was dining there with his family at the same time as the, then very popular boy band ‘Blue.’ Duncan James came over and asked me whether I would approach Sir Geoff and ask him if the boys could have a photo taken with him.

I tend to dissuade any guests from disturbing other guests for autographs or photos, but as Sir Geoff’s daughters had already spotted the band I ventured over to ask him if it would be possible.

I think he had already been informed who they were, but he seemed quite astounded they should want a picture taken with him. He didn’t seem to realise that nearly 40 years later those that were not even born at the time, consider him a legend!!

I was told that I may find this one even more exciting. Still with plenty of time left in the bottle, I found that the freshness of the vintage and its relatively young age gave the wine a youngish character that I quite liked, combining developed notes of meat, spices, leather with vanilla and balsam with almost cherry/wild berry -like aromas.

The palate feels balanced and elegant, with fine-grained and fully resolved tannins and great acidity. Great with beef, game and rich red wine sauces. It is a blend of Tempranillo with 10 per cent Mazuelo aged for four years in well-seasoned American oak barrels.

THIS ASPIRES to be the classic Gran Reserva – polished, silky and elegant with familiar old style Rioja overtones. Not sure which of the two I prefer. I might have to buy myself a couple of bottles to try again. Just like the Enea not a quaffing wine as this comes out at around €39.

HAD LUNCH with a pal the other day at the very popular eatery, Vovem, in Nueva Andalucia, Marbella. Specialising in meats from different parts of the world it is obviously very popular with carnivores.

I have known my friend for many years and when we first met he had his meat well done. When I suggested that he may prefer his meat a little less cooked making it less dry he said he didn’t like to see blood in meat. I explained that there is no blood in meat and that it is purely the colour of the juice. Something I have been telling people for years, unsuccessfully! Now people say ‘in that case I don’t want to see the juice!’ But for the first time that I can remember, someone else was banging the same drum.

The very charming manageress, Nicoletta, explained to my colleague when once again he said he didn’t want any blood, that there is no blood in meat. Good to find somebody that agrees with me!! Still, we have got him from well done to medium rare 12 years on!!

ALSO HAD a very pleasant lunch last week with Marbella Business International at Da Bruno sul Mare in Marbella. This is a monthly occurrence, a gathering of like-minded folk who enjoy nothing better than a chat, a decent meal and copious amounts of quality grape juice! There is always a guest speaker, some more interesting than others, but always informative.

On this occasion the gatherered masses were treated to a tasting of craft beer from an unusual source. Now craft beers are big business in the UK and giving it’s support of real ale over the years it’s not surprising that it would become the centre of artisan and craft beers.

But the tasting on Friday came from Danish Brewery Gran de Select, based in Manilva, near Sotogrande, and is the passion of partners, Mads Sorensen and Frederik Avenstrup. Both experienced wine producers, they turned their skills to manufacturing craft beers. Their mission is to demonstrate that beer can offer a gastronomic experience and be much more than just a thirst quencher. The Gran de Select beer, is brewed with inspiration from and using techniques of vinification to obtain a unique, sophisticated beer with personality.

GRAN DE SELECT allows carefully selected ingredients plenty of time to work. This results in a beer with a soul and a fantastic taste that improves with time.  The beer carbonates without additives and has a higher pressure in the bottle, which provides a sparkling beer, like Champagne. It is unfiltered, unpasteurised, and has no preservatives, additives or extracts.

THE following beers are at present being produced.

A light-coloured and bubbly beer, suggesting Champagne. An ideal companion for hors d’oeuvres, starters and fish courses. Also ideal as an aperitif. Alc.vol. 6%

A strong and tasty beer, ideal for red meat and spicy dishes. Alc.vol. 7.8%

A dark and different beer to round off the meal. Ideal for cheeses and desserts. Alc. vol. 8%.

SERVE and enjoy the same way as wine. Chill the bottles in a wine cooler and serve in wine glasses. Having Champagne corks, the beer should be uncorked in the same festive, ceremonial and cautious manner as Champagne.

BEER pairing in restaurants has fast become one of the most fashionable ways to drink beer with food. The UK has many such restaurants and in Spain Gran de Select is served in Martin Berasategui’s restaurant one of the finest in the world.

If any reader would like more information about these beers, send me an e-mail.

ON THAT NOTE I will bid you farewell until next week and should aspiring restaurateurs need some help or advice, please do not hesitate to contact me. A toast to Good Food, Good Wine and Good friends.