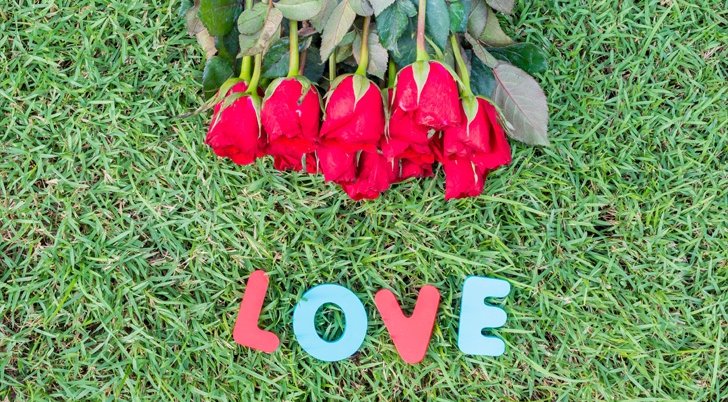 THE annual celebration of love, Valentine’s Day on February 14, is once again upon us. Are you a hopeless romantic who goes all out or a staunch cynic who lets the event pass by? Whether you celebrate the event or not here’s a look at some interesting facts you are bound to ‘love.’

A trend started by the Victorian, red roses are the traditional flowers people often associate with Valentine’s Day. The colour red is synonymous with love, romance, passion and desire. The favourite flower of Venus, the Roman goddess of love, an estimated 198 million roses are produced for Valentine’s Day each year.

According to legend Emperor Claudius II had banned marriage and Saint Valentine, a priest from Rome, was imprisoned and sentenced to death for performing weddings in secret. Whilst in prison he healed Julia, the blind daughter of his jailer, and was said to have wrote her a Valentine card which he had signed ‘Your Valentine.’

Valentine’s Day is one of the most popular days of the year for marriage proposals with around 10 per cent happening on that date. According to a recent survey by Chillisauce 51 per cent of women want their partners to simply ask “Will you marry me?” however 15 per cent want a ‘techie proposal’ from their partner using some sort of device to ask the question and/or record the occasion.

A poem written by Geoffrey Chaucer, author of The Canterbury Tales, is believed to have been the first written connection between Valentine’s Day and love. He wrote a 700-line poem in honour of King Richard II and Anne of Bohemia which included the line ‘For this was Saint Valentine’s day, when every bird of every kind that men can imagine comes to this place to choose his mate.”

A survey by Chillisauce has revealed what the women they surveyed thought would be their ideal gift for Valentine’s Day. Their favourite gifts included a holiday (27 per cent), car (17 per cent), spa treatment (15 per cent) and jewellery (13 per cent).

The beginning of the year is not popular for weddings. According to the Office for National Statistics between 1995 and 2013 there was on average 313 number of week day weddings (not a Saturday) but when St Valentine’s Day fell on a week day the average number of weddings more than trebled to an average of 1,039. Celebrity couples who got hitched on St Valentine’s Day include Liam Gallagher and Nicole Appleton, Meg Ryan and Dennis Quaid and Sharon Stone and Phil Bronstein.

The sending of Valentine’s cards can be traced back to the 15th century Frenchman Charles, the Duke of Orleans. Imprisoned in the Tower of London after the Battle of Agincourt he wrote to his wife ‘Je suis desja d’amour tanne, Ma tres doulce Valentinee’ (I am already sick of love, my very gentle Valentine). Believed to be the oldest existing Valentine card it is held in the manuscript collections of the British Library. Around one billion cards are sent every year worldwide.

Chocolate has long been a Valentine gift favourite and in the late 1800’s Richard Cadbury created ‘eating chocolates’ from the pure cocoa butter left over from the extraction process of their palatable drinking chocolate. The marketing genius then packaged them in lovely heart-shaped boxes that had cupid and rosebud designs on them.

Have you ever heard the expression ‘to wear your heart on your sleeve?’ It hails from the Middle Ages where young men would pluck the name of a young woman from a bowl in order to decide who their Valentine would be. They would then pin the name onto their sleeve where they would wear it for a week so that everyone could see it

Not everyone has found their true love so how will singletons spend Valentine’s Day? According to a Chillisauce survey 68 per cent of women will hit the town with their friends with only 32 per cent spending it alone. In stark contrast only 31 per cent of men will hit the town whilst 69 per cent will spend it alone. The majority of single men spending it alone said they would stay in and watch TV or play video games.