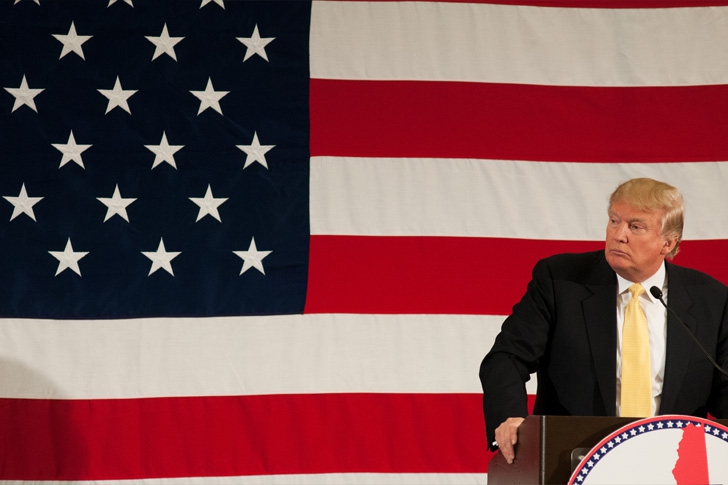 Donald Trump has provoked massive hysteria recently, particularly concerning his proposed state visit. However, as Brexit Britain prepares to launch itself back into the big wide world of global commerce, isn’t it time to take a more pragmatic view – just as we did with the state visits of the leaders of China and Saudi Arabia?

And as for Her Majesty who has been asked over the decades to host tyrants, dictators and despots such as Presidents Mobuto (Zaire) and Ceausescu (Romania), she’ll take a brash billionaire from New York effortlessly in her stride.

However, one question remains for the future: what happens when Trump’s burnt through all his political capital and his frustration about his isolation starts to show? Will he accept the limitations of his position, or go down a slippery, more authoritarian slope?

And if he does, should the UK condone it by pretending nothing’s happened?

The answer to that surely lies in his campaign. When the Republican Party ‘ditched’ him, he just turned on them and kept going, seemingly incapable of backing down.

On this side of the pond, someone else who seems unlikely to back down is the former Portuguese police chief, Goncalo  Amaral, who falsely accused Kate and Gerry McCann of covering up their daughter’s death.

With Portugal’s Supreme Court throwing out their libel case against him, Amaral could now sue them for extensive damages.

Nonetheless, it seems we are no nearer to discovering the truth about Madeleine. Just as in my latest crime thriller, No Way Back, (as you know, all profits to Costa del Sol Cudeca cancer charity), a Kate McCann-like figure is so obsessed with closure and peace of mind in her unending search for the truth about her own missing daughter she’d maybe contemplate blackmail, even murder. Whatever the outcome, Kate McCann surely needs closure, too. Whether she finds it only time will tell. Who knows what the future holds…

And, finally, to return to Trumpland on foretelling the future, one former news anchor who appeared on Sky News during US election night coverage declared: “I couldn’t foresee this result.” Her name? Krystal Ball.