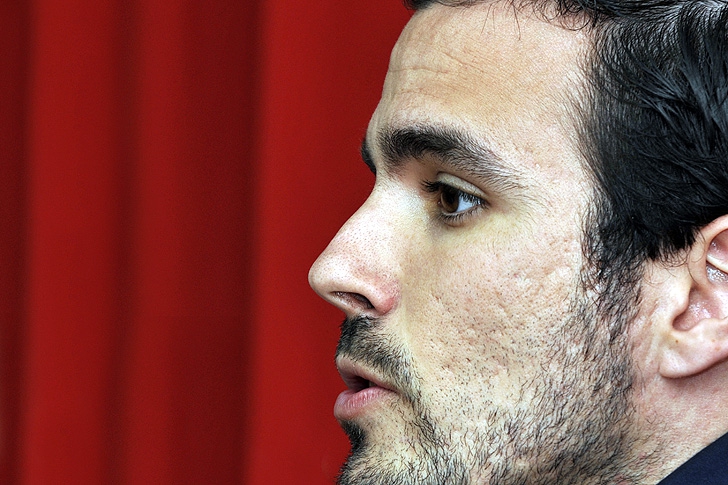 ALBERTO GARZON is the leader of what remains of Spain’s defunct Communist party, Izquierda Unida.

He protested recently at “intolerable” criticism of IU from some sectors of Podemos.  There is a patent lack of respect for IU and the party is constantly belittled, Garzon said.

He complained with good reason, as there is little love lost between either side.

The two parties ran on the same ticket as Unidos Podemos in the June 2016 general election – an election that Podemos practically engineered.

They were over-optimistic and were edged into third place with recriminations on both sides, a classic case of one plus one making something disappointingly less than two.

PEDRO SANCHEZ, ex-PSOE secretary general, will compete in the May primaries.

He announced this in Dos Hermanas in Sevilla, a double provocation.

He was on the home ground of his principal rival, Andalucia’s regional president Susana Diaz.   He was also cosying up to the sizeable faction of party members in the area still unhappy that Mariano Rajoy was allowed to govern.

“I’ve demonstrated that I don’t hide in difficult moments and this is the moment to commit,” said Sanchez who disappeared from sight after resigning as secretary general and vacating his parliamentary seat.

He called Sevilla “the heart of Andaluz and Spanish socialism” but although Sanchez’s brand of socialism might suit some parts of Andalucia, an ersatz Podemos is the last thing most PSOE voters want.

ALBERT RIVERA was comfortably re-elected as president of Ciudadanos after the party’s last assembly.  All he needs now are voters.  It is curious and unfair that a truly centre party has comparatively little support when elections come round.

Rivera’s pragmatism and flexibility are lost on the very people they should attract.

After all, it is the voters in the central middle ground with no particular political orientation who decide elections, not paid-up members of the Left or Right.

PABLO IGLESIAS and Podemos co-founder Iñigo Errejon continue to spar and disagree on party structure and organisation.  The party supremo grumbles that Errejon wants to share out Podemos “like a cake” and there’s the rub. Iglesias wants all the cake and he wants to eat it, too.