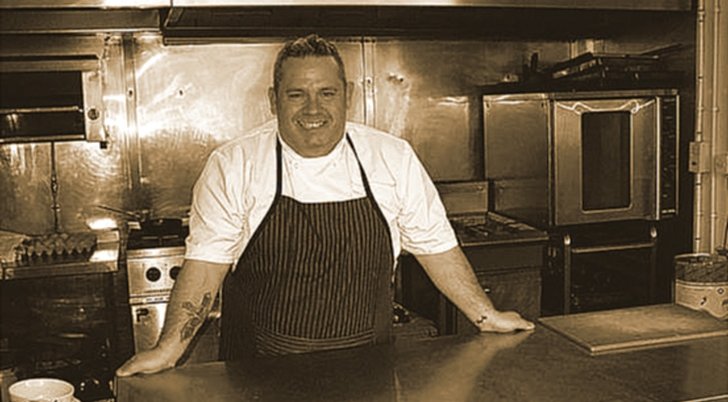 CULINARY DIRECTION: The choice of menu and chef is inseparable.

THANKS to the client that contacted me a couple of weeks ago.

A year or so ago he came to Spain to buy a restaurant/pub. He succeeded in buying a relatively well-established premises and has run it (under management) with some success, but is not happy with the way things are now going. Having been open since the beginning of last year he has reached stagnation and wanted my help to revitalise the operation if possible.

We sat down to discuss where he felt that things were going wrong. Most clients come back with the same answer, “We need more clients!” Often that is not the main problem. Costs are normally the base problems of most businesses. Overstaffing, wrong type of staff, no control over food and beverage costs/sales.

The problem with opening a business without knowledge can be dangerous. Even if you have some experience in the industry in your home country, you soon find out it is different in a foreign country.

After all you need an Indian scout in Indian country!!

We started with his figures. I asked him if he was making money and he said yes. But a closer look showed me that this was not the case.

Without doing a full stock take I did a guestimate based on purchases and sales and a rough idea of stock-in-hand. It showed that sale of food had cost 45 per cent. Ideally it should be around 35 per cent or lower. Wine sales were good, but again with his prices he should have been making 75- 80 per cent. The bar was much the same.

Analysing these figures would help to understand where the losses were.

Kitchen management was the first area to look at. The Chef was not passionate about what he was doing. Therefore he had no care for his product. His costings were wrong and his wastage too high. Instead of utilising his ingredients he would throw away items that could make money in the right hands. One of the problems was that the owner, while not having any kitchen experience, enforced a menu that he thought was commercially viable, on to the Chef who had a lot more to offer and had explained to his boss that the food he was being made to serve had little artistic content, very high costs and little room to increase on profitability.

“There is no love sincerer than the love of food.” George Bernard Shaw

I had decided that the problems were not all down to bad kitchen management – although this certainly needs looking at – but more a lack of culinary direction.

We are at this moment in deep discussion on how to improve the quality and performance of this operation and I will keep you informed on our progress every week in this column.

FOR MY WINE spot this week, I’m travelling further than the Ribera and Rioja wine producing areas. How many of you were aware that India produces wines?

Viticulture was believed to have been introduced to India by Persian traders some time in the fourth millennium BC. Historians believe that these early plantings were used mostly for a style of grape juice rather than the production of an alcoholic beverage. Some religious text mentions at least one alcoholic drink that may have been wine related – Sura – which seems to have been a type of rice wine that was fermented with honey. The first known mention of grape-based wines was in the late fourth century BC.

The modern wine market in India is small; annual per capita consumption of wine in the country is a mere nine millilitres, approximately 1/8000th that of France. Winemaking has existed throughout most of India’s history but was particularly encouraged during the time of the Portuguese and British colonisation of the subcontinent. The end of the 19th century saw the phylloxera louse take its toll on the Indian wine industry followed by religious and public opinion moving towards the prohibition of alcohol. Following the country’s independence from the British Empire, the Constitution of India declared one of the government’s aims was the total prohibition of alcohol.

Several states went dry and the government encouraged vineyards to convert to table grape and raisin production. In the 1980s and 1990s, a revival in the Indian wine industry took place as international influences and the growing middle class increased, so increasing demand for the beverage. By the turn of the 21st century, demand was increasing at a rate of 20-30 per cent a year. The city of Nashik in the state of Maharashtra geographically in the middle of the country, is called the ‘Wine Capital of India.’

The wine producing areas tend to be in the middle to the south of the continent although the Punjab and Kashmir in the north, are quite prolific producers. India produces Sparkling wines, Whites and of course Reds. While there are locally grown grapes, the majority of the reds are Cabernet Sauvignon, Malbec and Shiraz. There is a wine maker who makes white wines from red grapes, one of only three producers in the world who do this.

The picture is of one of India’s top red wines. Most of them need decanting as they can pack a punch.

TASTING NOTES: A big brooding boisterous red, the kind that makes steaks melt. The fruit is present but sits beneath the oak which imparts rich chocolate-coffee-toasty primary notes. With a name like Chêne (French for oak) one wouldn’t expect anything else.

• WHILE I can see what London’s Mayor, Sadiq Khan, is trying to do by imposing a ‘bed tax’ on the Capital’s hotels, I tend to agree with Ufi Ibrahim, the Chief Executive of the British Hospitality Association, that a bed tax in London would be an “absolute folly” and said that it would add additional costs for tourists, as well as harm already hard-pressed hospitality and tourism businesses, making it even harder for them to compete with overseas operators. Already one of the most expensive cities in the world, London could lose even more of its competitiveness.

• ON THE OTHER SIDE of the coin, there is a restaurant in Madrid that really lives up to its’ name. The Robin Hood. Its mission is simple – to charge the rich and feed the poor. Paying customers at breakfast and lunch foot the bill for the restaurant to serve dinner to homeless people, free of charge! The restaurant opened in early December, and is run by an 80-year-old Catholic priest, Ángel García Rodriguez, whom everyone knows simply as ‘Padre Ángel.’

Outside, there’s a sign listing the house rules: Patrons are allowed to sing as they please, as long as it doesn’t disturb other customers. They can use the free wi-fi and borrow a cell phone if they need to make a call. They’re free to bring their own food and order only drinks, if they prefer. Or they can take over the kitchen for a birthday party or other special celebration.

You see there are still a few good people in this world!!

• ON THAT NOTE I will bid you farewell until next week and should aspiring restaurateurs need some help or advice, please do not hesitate to contact me. A toast to Good Food, Good Wine and Good Friends.