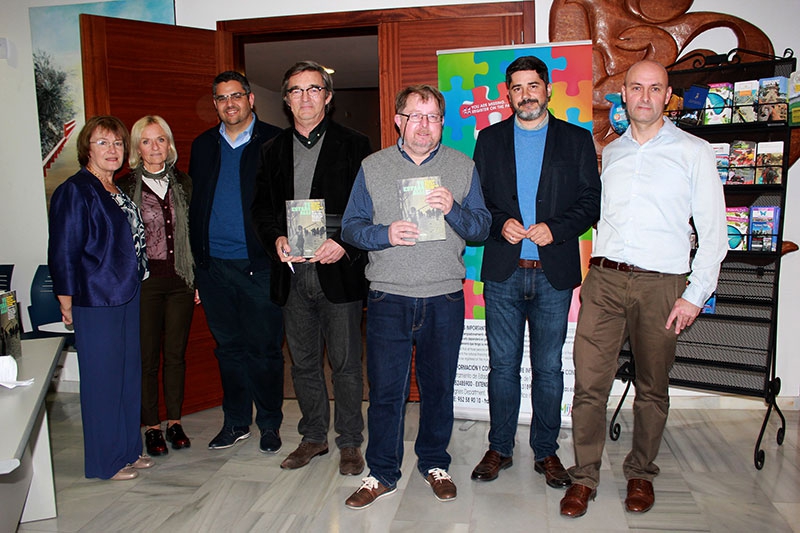 MEMBERS of the Costa Press Club recently discovered what it was like living in Malaga during the Second Republic and Spanish Civil War.

At a well-attended event held in Tenencia de Alcaldía en La Cala de Mijas, members of the club and the general public watched the documentary “I was there” and had the opportunity to ask questions about the era.

Held a day after the 80th anniversary of the bombing of thousands of citizens from Malaga fleeing the Nationalist troops on 8 February 1937, the event provided a unique insight into a harrowing period of Spain’s past. Fernando Arcas Cubero, lecturer of history at Malaga University presented the documentary “I was there” and gave a short talk on the background to the conflict behind the Civil War.

The documentary included the testimonials of numerous Spaniards who were children or adolescents at the time of the Civil War. Aged between 80 and 104 when the recording was made in 2006, they came from all social classes and backgrounds, and their first-person accounts bring the years of conflict and reprisals vividly to life.

All clearly remembered the events and carried the scars decades afterwards. For those present at the Costa Press Club event, among the most harrowing testimonials was that of a woman who had her head shaved by Nationalist forces and was publicly humiliated in the village square for sewing the CNT Anarchist Trade Union flag. Another man recounted how, although he was a Communist, he was forced to fight for the Nationalist forces and do things he would never have imagined.

The documentary also explained the social context to the Civil War and ended with photos of the exodus taken by the Canadian doctor Norman Bethune. His pictures are the only evidence of the tragedy in which an unknown number of people died, probably thousands. Significantly, his photos were not made public in Spain until democracy returned in 1977.

After the documentary, club members and the general public had the chance to ask Mr Arcas Cubero questions. During the session he explained that unlike the bombing of Guernika, infamous throughout the world thanks in part to Picasso’s painting, the mass bombing in Malaga in 1937 was virtually unknown for four decades afterwards because of censorship by the Franco regime.

Arcas Cubero also said that he thought the Law of Historic Memory introduced in Spain in 2007 was not a political move, but rather an essential way of healing the wounds of the past. In his opinion, Spain is still a long way from reconciling itself with the tragedy of the Civil War and this may not happen until the generation that lived through the events is no longer with us. He reported that there is still widespread fear among the survivors of talking about the events, particularly in small villages and communities where everyone knows everyone’s secrets.

The meeting then adjourned to El Gusto Restaurant in La Cala de Mijas where Costa Press Club members and guests enjoyed a three-course meal and drinks.

• The Costa Press Club is an organization bringing together members of the Spanish and international media on the Costa del Sol. Founded in 2002, the club has over 50 members from different media outlets and organises bi-monthly events for members. More information about the club and becoming a member is available from the President, Jesper Sander Pedersen [email protected] and the Club website www.costapressclub.com.