More acts for Starlite but event still not approved 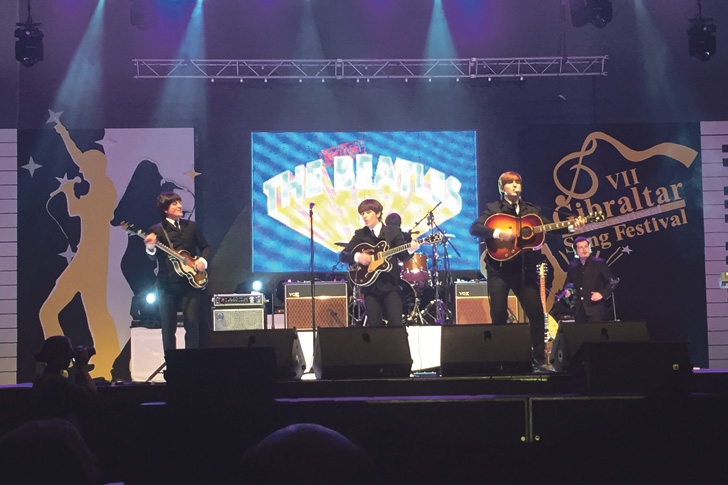 IN THE LINE-UP: The Bootleg Beatles in Gibraltar 2016.

ALTHOUGH the organisers continue to reveal new acts booked to appear at the Starlite Festival which is due to run from July 13 to August 26 it appears that there is still no approval for it to operate.
It is clear that the situation is very delicate as far as the organisers are concerned as they have run six previous events which have attracted a number of world class names and large numbers of visitors to Marbella, so may well have had every reason to assume that the seventh festival would be approved.
To this end therefore they have announced a line-up that includes Sir Elton John, Malu, Bootleg Beatles, Andrea Bocelli, Dani Martín and the Cranberries, plus many others and they have had to enter into agreements with them to ensure availability.
The fact remains however that no announcement has yet been made by the council to confirm that the necessary licences have been approved and it may be that complaints entered by Podemos Marbella member the lawyer Marco Arafat Garrido against Starlite last year are still under investigation.
It appears that he contacted the Local Police who in turn involved the Seprona arm of the Guardia Civil concerning the fact that music was being played later than the officially agreed time, allegedly to the annoyance of neighbours and the possible financial disadvantage of existing bar owners.
To a great extent the organisers of Starlite have had to take a calculated risk in order to attract the right calibre of artists to the festival, but if the required licences are not issued by the council in time then they would no doubt suffer a financial loss as well as having to refund the cost of tickets already sold.
When asked for their observation on this matter, Carlos Aguilar said on behalf of Starlite that licences have been renewed which will allow 45 days of performances, direct employment of 500 people and an influx of visitors to the City.