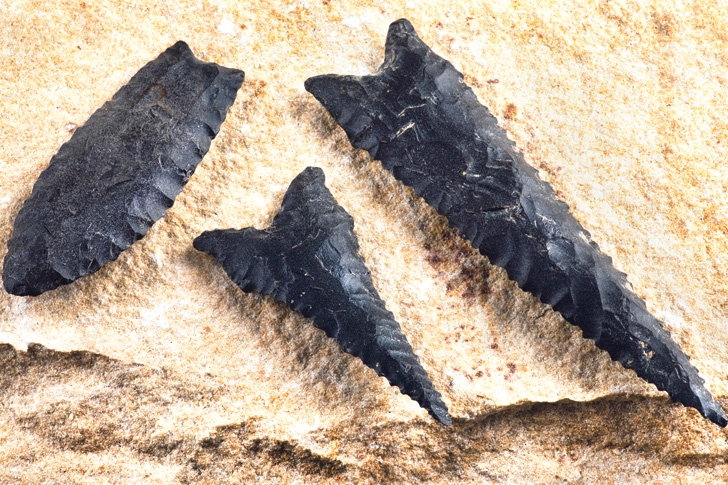 More than a month ago someone asked me ‘what was my favourite article that I’ve written?’ Here it is – full force and easily unmemorable.

For years all American archaeologists theorised that America was populated via the Bering Strait, which couldn’t have frozen over until 12,000-14,000 years ago. This was proven when some unique arrow heads were dug up in New Mexico (Clovis points). Therein a long lost dogma became carved in stone.

That postulate lasted more than 10 decades until further Clovis sites started emerging on the East coast and plains of the states with earlier excavation dates. WHAM-O, a 100-year-old postulate should have gone out the window – but didn’t. None of the learned men would accept the results until further examination and research would prove their theory.

Recently a group of historians and archaeologists reluctantly admitted these new sites did date some 5,000 years beyond accepted knowledge.

Lately sporadic rumours of further unnatural sites have appeared as distant as Monte Verde, Chile and Cahokia, Illinois.  Some scientists, brave enough to consider other alternatives, risk ridicule and academic rebuke. One such man is Dr Dennis Stanford from the prestigious Smithsonian Institute’s Paleo-Indian division, who has been searching for clovis culture arrow points in Siberia, the accepted Bering Strait migration route. They had to be there, but weren’t. Befuddled, he looked elsewhere. During his 30-year hunt discoveries by other archaeologists were revealed and likewise became enigmatically troubling.

Well, further new discoveries have come to light from the Cactus Hill dig on the States’ eastern seaboard. Stanford explained to a shocked audience in Santa Fe why he believes that Clovis people came from Europe – long before Columbus, and by boat. “They were from Iberia, not Siberia. The continent’s first inhabitants may have crossed the Atlantic more than 18,000 years ago from Europe’s Iberian Peninsula – the area that is now Spain, Portugal and southwestern France ‘known as “Solutrean’s’ and they used the same elementary flints and tools of an exact nature recently unearthed in America.

Andrew Muir wrote in Newsweek “tools recently found beneath Clovis-era layers at a dig in Cactus Hill, Virginia – about where European itinerants could have first landed – also resemble Solutrean artefacts.”

Well, a full ten years after I wrote it, NATIONAL GEOGRAPHIC made a special film concerning these very facts with everyone mentioned, but me.