These bewildering and confusing times have an answer – somehow 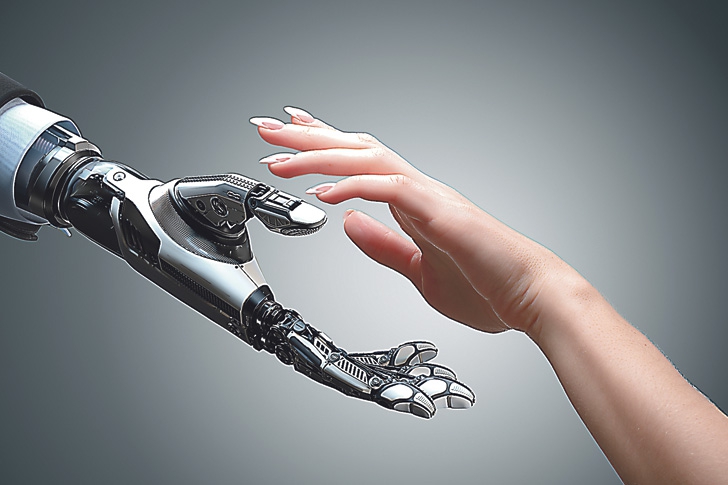 Nora Johnson: Rights of the Robots - When will they replace us?

I TOO realise how confusing times are. You, as an individual and part of our society is much to blame but so is the mass education and learning process that has moved us along to this point in time, space and history to arrive at this bewildering juncture in our life’s process.

Well, it is time to pause, not let the rush of events carry you downhill. Take a firm stance and observe. Study fully the beast in front or is it in fact just shadows or smoking mirrors meaning nothing consequential?

We are in fact entering a new age, leaving the horse drawn carriages behind and taking control of steam or gasoline powered locomotion. These ages have been pretty well sign posted throughout our past: stone age, copper age, bronze, iron

Mechanised, nuclear fission and this new digital age, creating robots and drones quicker than our human population is procreating. Our forefathers faced these issues but most likely those few that read history would know about those times.

Nevertheless, some major adjusting is going to have to take place, and quickly too. All dropping on the popularly trained masses that know algebra and trigonometry and are absolutely unprepared for the shock taking place so blatantly right now.

A lot of  dramatic new thinking must occur. A personal renaissance for almost each person continuing to live in an industrial society. All of this adds to our own discombobulated state of consciousness. Our current ‘modern man’ is worse than ill prepared for these stellar paradigm shifts largely because while he was earning he never became aware of how the ground was shifting underneath him. The very news media that started his day became totally Polar and staunchly political at the same time.

Everybody seems to have their own agenda for getting things done and no one wanted to wait for the process to be inculcated into the system. A dire urgency seems to rule all agendas concerned and likewise a dire expediency for boxing it all in and locking it all down, tight, secure and unchangeable.

You will notice therein exists no free thought or ‘floating examination outside the box’ for solutions. In a sense we are running with one leg nailed down and the scenery we are passing should be overly familiar. Worse yet, it doesn’t appear that ‘our dear leaders’ actually know much more about remedies than us.

Can we seek ancient help? Some guide lines from our deepest almost forgotten past? Well, the largest unmistakable relic

of the prehistoric past is nothing less than the Great Pyramids of Giza. Built in less than 20 years according to Herodotus (father of history) they suffer from one major drawback – the tale could only have been just that.

Making inventive facts solve pending mysterious issues. And so it has been accepted for 4,000 years, slaves toiling did the job. Except, when you study the real facts. The 2,500,000 blocks weighing four to 10 tonnes each hauled up hill without the wheel, levers, or pulleys. Physically impossible without massive machinery. And never finished in 20 years either.