Another amendment to Article 50 from the House of Lords 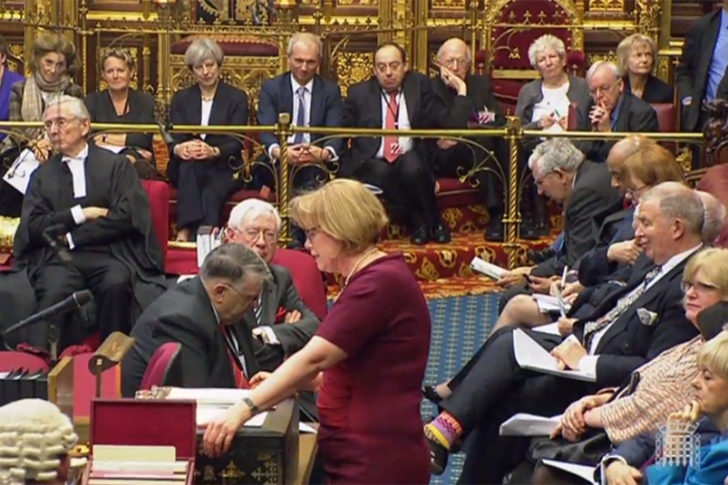 Theresa May observing the Lord’s debates

AS forecast in edition 1652 of Euro Weekly News, the House of Lords voted for a second amendment to the Article 50 White Paper by 366 to 268 to add a clause whereby acceptance of any Brexit deal or departure without a deal would have to be voted on in Parliament.

This amendment has caused considerable disagreement between Conservative peers in particular and has upset Mrs May and the cabinet as it would appear to weaken her hand  if she was unable to simply walk away if no acceptable deal could be made.

Lord Heseltine, one of the main conservative ‘rebels’ in the House of Lords was immediately sacked from five government advisory positions that he holds, but he has shrugged this off, explaining that sometimes it is important to stick to a principal rather than worry about position.

In an interview with BBC Radio 4 he said “I have never met Theresa May so I can’t make a judgement. She’s doing very well in the polls… the public approve of what she’s doing.”

Now, the White Paper returns to the House of Parliament with two important amendments as earlier the peers had voted to protect the rights of EU nationals living in Britain but the government will encourage Conservative MPs and those who support Brexit to vote the amendments out.

In the very unlikely event that sufficient MPs decide to vote in favour of the amendment, it is more than speculation that the government would consider ‘going to the country’ although new legislation would need to be brought in to allow an election before 2020.

Theoretically, there could be an earlier election if the government lost a vote of no confidence or if two thirds of parliament voted in favour of an early election, but whilst an election could appeal to the Conservatives, it is unlikely that Labour MPs would support the motion, as their position in the current opinion polls suggests that they could lose rather than gain seats.