The Chancellor and the lady are for turning 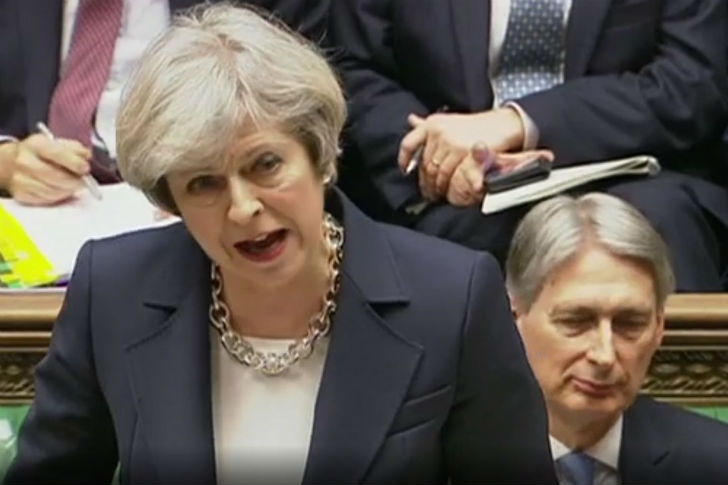 Mrs May defending the decision in parliament

THE current British government should count itself very lucky that the official opposition is not firing on all cylinders after Chancellor of the Exchequer Philip Hammond had to make an astonishing U-turn in Parliament.

Just a week after announcing that there would be significant increases in the cost of National Insurance contributions for the self-employed, he has had to make a humiliating announcement that he will not now increase such contributions during the lifetime of this parliament.

The confidence that he appeared to show when making the announcement soon started to unravel when it was pointed out by a journalist that this was a breach of the election manifesto that saw the Conservatives obtain a majority in parliament.

After first trying to bluff his way out by denying that any promise had been made with regards to the self-employed, he found himself receiving criticism from his own back-benchers, some of whom, it is suggested, don’t trust his position on Brexit which he was against and want to see the back of him.

Reports also suggest that the influential 1922 Committee of Conservative MPs had indicated to Prime Minister May that this was a very unwise course of action to follow and it would appear that she took their advice.

The official explanation is that the government wants to stick to the spirit of its manifesto pledge but doesn’t explain why nobody remembered what the pledge was beforehand.

Labour scored a few points when shadow chancellor John McDonnell described Mr Hammond’s reversal as “humiliating” and his plans being in “chaos,” suggesting he should have spent less time on writing “stale jokes” which Mrs May enjoyed, “guffawing like a feeding seal.”

Not one of the government’s better days but equally hardly the stuff that will see the opposition achieving a huge amount although the forthcoming by-election for Manchester Gorton following the death of Sir Gerald Kaufman which will probably be held in early May could give some indication as to the current popularity of the main parties.