Behind the scenes with SPV Racing 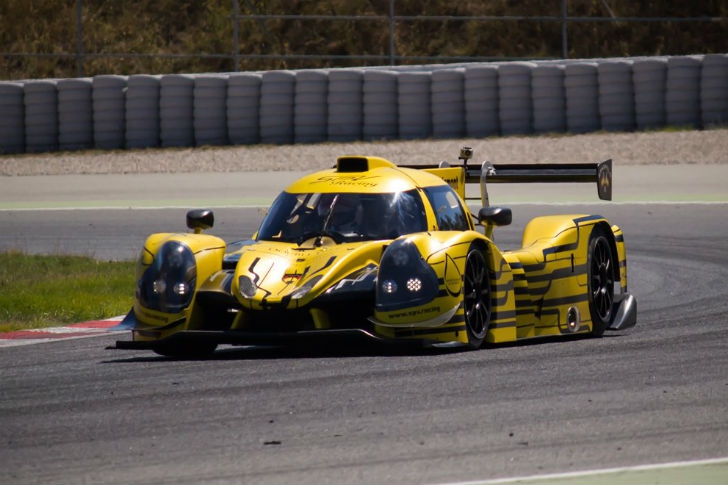 During our talk, the overriding impression was an admirable attention to detail, as he readily explained. “In my previous life I worked with the McLaren F1 technical guys, McLaren Applied Technologies, and part of the work there was to take Formula 1 into the aviation sector.

“What we looked at there was the massive amount of simulations they are doing with the Formula 1, not only looking at their car but at the competition, and then when you start taking data from all the millions of runs that you’ve done, you can get some real information, so that when something happens, you have the answers. “I used to run Group C cars 20 years ago, also racing Porsches, but then I got too caught up in aviation as a captain for Scandinavian Airlines and then a test pilot, but when we moved to Spain from Dubai I found I had time to get back into things.”

How did the team itself come about? “Together with Raul, who was working at Ascari [circuit in Ronda] doing the technical operations but left to form his own company, running everything up to Formula 1 cars, and we joined forces to create SPV.

“Last year besides our Le Mans car we ran two Nascars in the European Series and we had eight podiums during the season which was quite fun, although very different to the Ligiers.”

A little bit more about the Ligier car, and about your plans to compete in LMP-2 next year? “So, on the racing side we have a fouryear plan, and next year our plan is to go up to an LMP-2 car and run that in the European Le Mans Series and qualify for Le Mans, and longer term we want to race in the World Endurance Championship, which is like Formula 1 for prototypes.

“Within that you have the LMP-1 which is the pinnacle, you have Toyota and Audi and Porsche and Nissan, and it’s extremely high tech with energy recovery systems and so on.”

How much input do you have into the current Ligier car in terms of adjustment and tweaking? Is there a series of parameters you have to stay within? “Yes, there are a set of parameters which you can’t adjust, but there are quite a few you can work with, like the angles, the camber, tyre pressure which is enormously important.

“Last year we had Borja Garcia, exToyota and Williams F1, a brilliant, absolutely fantastic driver, but I drove the car at Ascari after him, and I never, ever felt a car that was so nervous. “For him, the car was extremely responsive, but I was completely dry in my mouth!”

Is the Ligier difficult to drive? “With the braking, and I think Steven had the same experience, you have to really push it hard and you can go really deep in, and basically you slam your left leg in as hard as you can and then you have to ease off a bit as it slows down.

“You can drive much, much faster than you think at first.

“Every lap we take all the data out of the car, so we have the engine parameters, how much braking, we know where you are on the track, so when you look afterwards with the engineer you can see exactly what you did, and how the car behaves if we make a change on the suspension or the angles.”

Perhaps one of the most impressive pieces of kit was the Oculus Rift VR headset that the drivers use in conjunction with a mock-up cockpit, and Lars was clearly impressed by the technology. “With this, you have a complete 3D environment, so the driver can really test and really feel the car, and we can do all the changes on the car virtually, and you can feel it! “We can take data from the car and put it in the computer, allowing the drivers to practise without going on the track.”

Many thanks to Lars for a brief but fascinating insight into the world of motorsport, and best of luck from all at EWN Media Group for the forthcoming season.

SINCE this interview, SPV has announced that is has officially entered the Ligier LMP-3 car in the Le Mans Cup, and also intends to run its Ferrari 458 GT3 in the same championship. The car will be co-driven by experienced Spanish racer Alvaro Fontes, who has 249 race starts in cars including the Seat TCR and Ferrari 430 GT 2, and Danish driver Kim Rodjkaer, whose previous experiences include the Peugeot Spider Cup and Danish Thunder Sport Championship. Meanwhile, Euro Weekly News publisher Steven Euesden this weekend embarks on his campaign to obtain the necessary licences to race these cars on the international circuit, an exciting development for the lifelong racing enthusiast. A full update will follow soon.