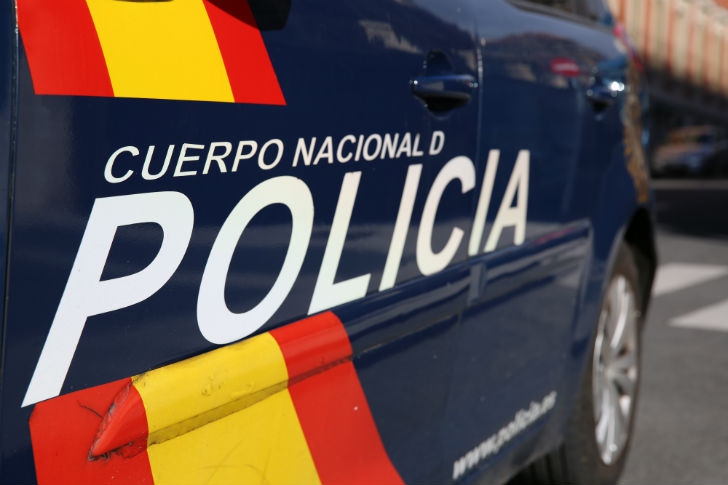 A SCHIZOPHRENIC man was shot by police officers in Estepona after stabbing one in the chest with a metal spear.

The officer’s bullet proof vest saved his life, while the disturbed young man, identified as Leandro, is in an induced coma at the Costa del Sol hospital.

Leandro’s father has expressed his anguish that officers didn’t immediately call for an ambulance, or aim for his legs. The 28-year-old was shot once in the hand and twice in the stomach.

There is severe damage to his liver and spleen. It is unclear whether he will survive.

The tragic incident unfolded in La Joya, Estepona at around 6pm on March 16. The young man who, according to his father suffers from paranoid delusions, slept in a cave near the banks of the Guadalmansa river.

He is incredibly anxious around people and especially fearful of police officers. The metal spear was a makeshift tool used for fishing and hunting small game.

Scruffy, hairy, and slightly manic looking, that day he was practising throwing his spear at a nearby tree. Unsurprisingly he caught the attention of a passing patrol car which doubled back to investigate.

Officers beckoned him towards the car and he immediately fled. When they cut him off in the car he threatened them with the spear and fled to swim across the river.

With one officer almost up to his neck in water, Leandro struck him with the spear. The second officer fired a warning shot into the air and Leondro scrambled onto the embankment.

When the policeman made it across he was stabbed in the chest. Left with little option, his colleague fired a round of bullets at Leandro. The police are adamant that they had no idea of their suspect’s medical condition.

Leandro’s father believes, however, that the problem is systemic. He claims to have tried to get his son sectioned for years but, with no blood spilled or threats made, the authorities were reluctant to help.