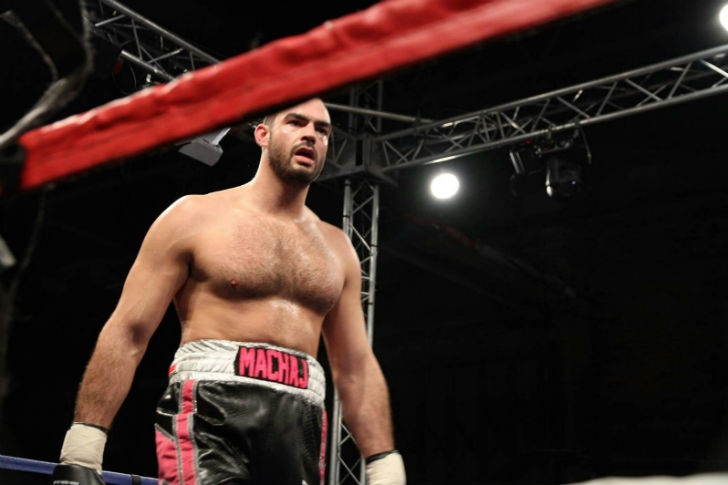 BRITISH heavyweight boxing hopeful Adam Machaj has moved to the Costa del Sol believing that the change of scenery and weather when compared to his Lancashire home town will help him to achieve his immediate aim of becoming a British Champion.

With 10 fights under his belt, six of which have been straight knock outs, the 29-year-old revealed to Euro Weekly News that after a short period of inactivity, he is now due to box at the Macron Stadium on May 20 as part of a card organised by his promoters VIP Boxing Promotions.

The 6 foot 8 inch boxer, known as the ‘Heat Seeker’- as he enters the ring to the AC/DC track of the same name – weighs 120 kilos and has an incredible 88 inch reach but he knows that he has to be in peak form and since arriving in Fuengirola where he is living, he has been training twice a day in the boxing club in Marbella.

When asked about his diet, Adam of Polish descent explains that having sparred with such superstars as Anthony Joshua and Wladimir Klitschko (who incidentally are meeting in an IBF, IBO and WBA title fight at Wembley Stadium on April 29) he has not only improved his boxing but learnt a great deal about what to eat.

As well as being a professional heavyweight boxer, Adam is a qualified personal trainer and understands nutrition so doesn’t follow any particular diet but just knows to eat well and healthily and has taken a part time job as a personal trainer in a gym next to his boxing club to help with the finances and to add to his own personal fitness.

When asked what his current ambition is, he explained that in order to step up into the international boxing world, you have to become one of the very best in your country and his ambition is to take the British title within 18 months so that he can then make the transition to world competition.

Having won eight out of his ten professional fights, this giant of a man knows that 2017 is going to be a make or break year and he now has to move into the top 10 of British heavyweights if he is going to make a success in the ‘sport of gentlemen’.