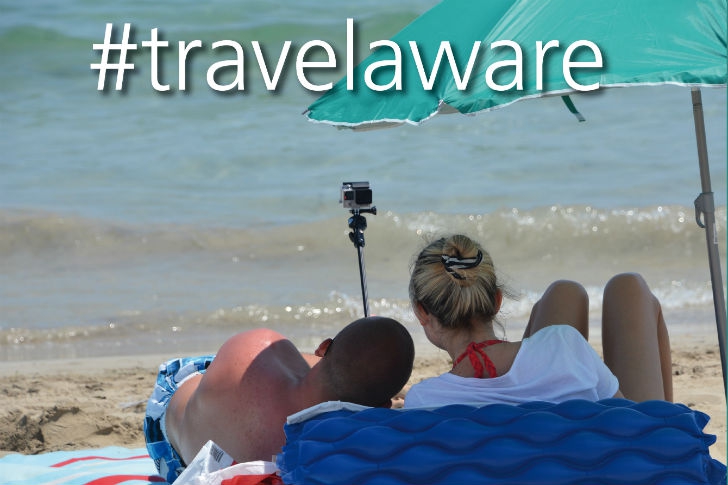 WITH the tourist season springing into action the British Consulate have produced a range of posters to help support their #travelaware campaign.

The Consulate team in Alicante have been working hard – in public and behind the scenes – with local organisations and businesses, particularly in the Benidorm area, addressing safety issues for both tourists and residents.

One key conclusion from these meetings was that those visiting the resort would benefit from local establishments – such as bars, restaurants and hotels – displaying a poster, providing a basic message about safety.

Unfortunately although the approved designs were completed, it was after the government’s deadline for printing in time for the summer period, missing an ideal opportunity to enforce the progress made so far.

The Euro Weekly News has been asked to help get the #travelaware message out into the public domain, which the newspaper is more than happy to help with.

The posters are available HERE in both PDF and JPEG formats.  Each poster has a simple clear message about safety awareness for different scenarios, with the Consulate’s aim that they make people stop and think about how they can keep their belongings safe.

Sarah-Jane Morris, British Consul Alicante and her Vice Consul, Sara Munsterhjelm, have had a real hands on approach in improving communications between resident groups and the town hall as well as the police forces at all levels.

They will be returning to Benidorm after the summer to evaluate the situation and continue to help and support the positive changes for security and safety in the resort.

Karen Maling Cowles, local businesses owner and campaigner, works closely with the Consulate team in Alicante and has been a key participant in the meetings between local organisations, the town hall and the Consulate.

Karen said: “It is important that we all work together to improve the safety of not only the thousands of holidaymakers, but also the many residents who live and work in the area.  These safety posters, designed by the British Consulate, are just part of an ongoing   programme to get the message across under the #travelaware initiative.”

One beneficial improvement, already underway, will be the opening of the new SATE office in the Rincon de Loix area of Benidorm, adjacent to the tourist office, before the summer period.  The new facilities will include a waiting room and an area reserved for the translation service.

The Foreign Tourist Assistance Services (SATE) is a police department whose role is to offer foreign tourists, visiting Benidorm, personalised assistance after having suffered a criminal offence or any other similar incident. Assistance is given by National Police Service and personnel from the Tourist Board. The tourist is given assistance reporting the crime and other miscellaneous administrative formalities.