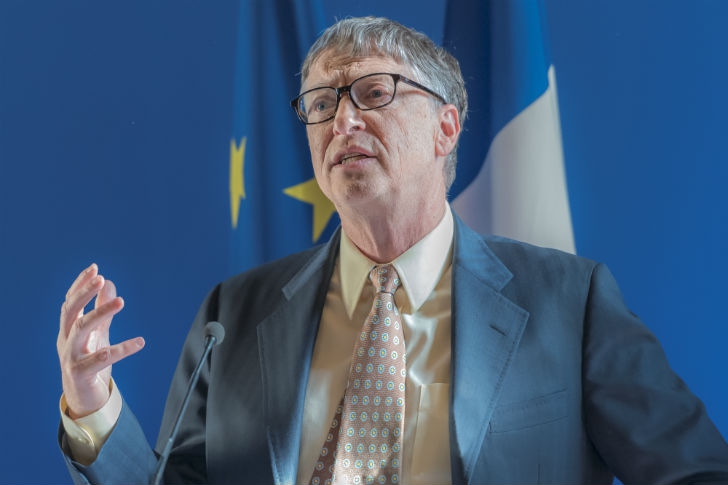 BILL GATES: Has done something worthwhile with his billions

MICROSOFT founder Bill Gates (with $86 billion) again tops Forbes’ list of the world’s richest people with the number of billionaires increasing by 13 per cent.

But bad news for Trump who dropped 220 places and $1 billion, and must now rub along on just $3.5 billion. Bless!

Many recoil at the very mention of such extreme wealth but forget that the world’s top 10 richest people have actually done something to acquire it.

Gates was personally involved with writing the codes which evolved into the software that runs on so many of the world’s computers and, compared with the likes of, say, Sir Philip Green, has also done something worthwhile with his billions, giving over $40 billion to the Gates Foundation which seeks cures for infectious diseases.

Together with the founders of Amazon, Facebook etc, Gates and co are all entrepreneurs who have created, mainly through their own drive and determination, substantial and reputable businesses serving millions of customers and employing thousands of staff.

One hundred and fifty years ago, the list would have been dominated by people who inherited their wealth across centuries, originally acquired by men who waged wars and unleashed other kinds of violence. Doubtless, of course, there’ll be tweets from Trump just how wrong Forbes’ accounting of his wealth is. But how would we know whether this is true?

Recently, we’ve had so much fake news, who knows what’s truth, what’s paid for or what’s partisan nonsense.

News flash: Trump denies existence of the moon. White House spokesman supports Trump’s claim. News update: disclaimer from chief spokesman for Trump’s State Department of Alternative Truth: “This was a post-truth, alternative facts, fake news broadcast.” (I made this up but you get the drift.) And all this just weeks after front-page outrage and the nation left reeling in horror – forget Brexit, Mary Berry added white wine to a bolognese! – it’s with a heavy heart that I report things could get even worse.

What about when ‘Trump the Musical!’ opens on Broadway, with hits such as ‘Ivanka Tell You Something,’ ‘Your Tiny Hand is Frozen,’ and the show stopper, ‘If You Knew Putin’…