Searching for and finding the worst bar in Andalucia! 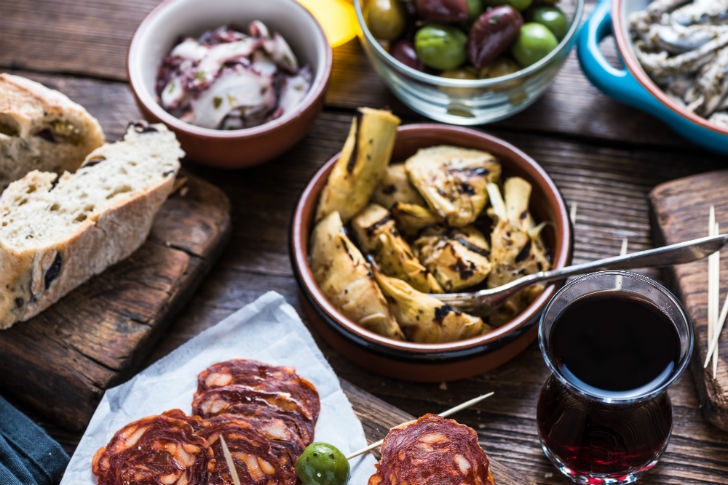 WONDERFUL TAPAS: A thanksgiving banquet in a lonely place down a dirt gravel road.

IT pains me to drive by well lit eating establishments and seeing their staff wandering about like lost souls.

I can remember those better times when every place was heaving with clients. Spending and partying all done ostentatiously well and without regret or consequence.

But, following one morning’s vicious hangover I decided to mend my ways, at least for one day.

I needed to shut down my hedonistic life style and become more aware of myself. Rather than seek out and enjoy my favourite haunts I would strike out of the area and look for a place I didn’t really want to be and there endure the unpleasantness of not being comfortable, eating what I preferred not surrounded by friends but ungracious strangers.

In short, an expedition to find the worse bar in Andalucia and subject myself to self inflicted torture. That would surely wake my senses for a day.

Just the lark I needed from my hedonistic binge celebrations. Having been lately in quite a run down area, not as yet exploited by the developers, I remembered a small group of houses near Cabo de Gata.

So, I blazed a trail in that direction and it wasn’t too long before I felt I had conquered my ambition. There down an unpaved road were two dogs sleeping in the middle of the street. I had to pursue the inference.

Mid street was a butcher outside his shop wielding a cleaver and chopping up some beast. He was surrounded by a swarm of flies and covered in blood and grime. Right next door, if you could squeeze past his flaying arm, was a shabby bar – perfect situation for being the worst.

Inside the floor was covered with a week’s debris of shells, serviettes, cigarettes and table discarded rubbish. You needed boots to walk in rather than my summer sandals. I went to the middle of the room and plumped myself down serendipitously demanding to be served. No one came.

Finally, another client yelled for Paco to leave the kitchen and come out. Paco was visibly startled to see people he didn’t know and that we could well have been that race of mythical folk known as – tourists. We ordered cervesa and he wheeled about and was gone. Moments later he returned with beers and two small dishes of something.

I clinked glasses with my companion and tried the something that was pretty damn good as was the ice cold beer. Then, other tapas began to appear. A plate of sausage from Jose’s farm. Some haba beans from another Paco’s finca. More beer from the table behind us.

Radishes as big as your fist from the table near the door. Our host, not to be outdone kept bringing plates of wonderful tapas and magically waved his hand pointing to clients at other tables where other goodies had befallen us.

We sat befuddled and stunned relishing a thanksgiving banquet in a lonely place down a dirt gravel road that obviously wasn’t the worst bar in Andalucia.