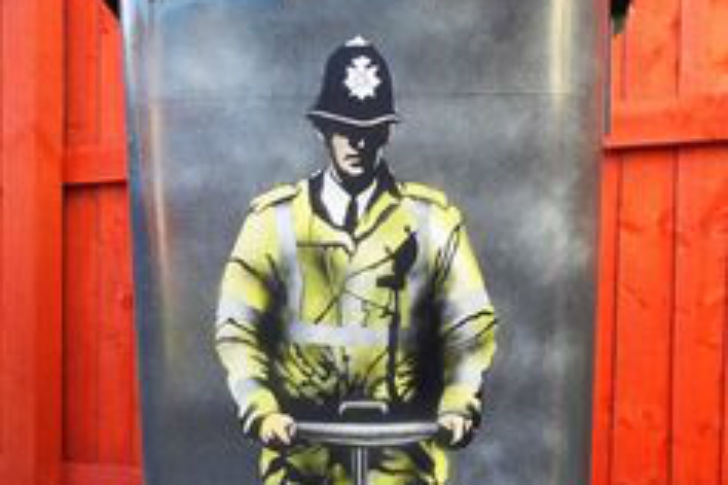 I hope whoever owned the bin on which banksy did this piece of art never cleaned it off unknowingly !

FOLLOWING my article in last week’s column about EU staff in Britain, the investors, on which the UK hospitality industry relies, have spoken of their concerns in the event of a hard Brexit.

“There is still confidence and demand in the UK for hospitality investment – but its reputation as a ‘safe haven’ for investors could be under threat.”

That was the message of a recent discussion panel ‘PostBrexit British market opportunities’ at the International Hotel Investment Forum (IHIF) in Berlin.

“There are clouds over the UK in terms of its safe haven status for us as investors,” said Martin Bruehl, chief investment officer at Union Investment Real Estate.

“We are continuing to invest in the UK but it’s getting more challenging for us to underwrite,” he said, adding that his company is being more cautious about UK investment.

Keith Evans, vice-president – hotel acquisitions at Starwood Capital Group, agreed, and said that a lot of domestic investors in the UK had either put their transactions on pause around Brexit or were looking at smaller transactions.

However, he also said that he felt there are still good growth opportunities in both London and the regions.

“We are believers in the UK,” he said, adding that although the uncertainty surrounding Brexit had made large investment decisions more complicated, Starwood is focusing on “driving its assets forward” in the UK.

British Hospitality Association chief executive Ufi Ibrahim addressed the uncertainties in terms of worker concerns – she quoted statistics that there are approximately 700,000 EU workers in hospitality in the UK, 97,000 of which would be unable to stay under proposed immigration restrictions.

She said that the industry could be looking to replace 50-75,000 people every year “just to stand still,” and described immigration policy as “the single biggest threat to our business in the UK” and reiterated the association’s call for a cut on VAT.

DURING MY TIME IN BRISTOL many years ago, a fledgling street artist, whose work suddenly started to appear on buildings throughout the city, went under the name of Banksy who till this day has managed to stay anonymous.

It would appear that he has never been seen, but I am sure his mother and bank manager know who he is!!

His artwork is in demand even though at one stage his work was cleaned off walls and buildings. Now, some of his work fetches more than 1.5 million euros.

As protected art the city council are now unable to clean off his work or knock down the walls on which his art appears.

He has now turned his incredible talent into the interior design of the wonderfully named Walledoff Hotel in Bethlehem, Palestine.

Situated adjacent to the Israeli West Bank wall, which divides Palestine from Israel, one room allows guests to sleep underneath one of his artworks showing a Palestinian and an Israeli in a pillow fight.

The hotel also houses a gallery dedicated to art created in Palestine and the Diaspora (*), a piano bar, and a museum which tells the story of the wall. A ‘budget’ room, outfitted with surplus items from Israeli military barracks, is available from 30€ a night.

Wisam Salsaa, the owner of the hotel, said the establishment, which officially opened on 11 March 2017, will be operated by the local community, the hotel staff did not know about the artist’s involvement until the opening.

The hotel is aiming to remain open during 2017 – the centenary anniversary of the Balfour declaration, when Britain pledged to support the establishment of a ‘national home’ for Jewish people in Palestine.

Banksy’s website says of the hotel: “The aim is to tell the story of the wall from every side and give visitors the opportunity to discover it for themselves.”

Needless to say that the hotel restaurant has its own Walledoff salad!! Well it would wouldn’t it?

*(The term Diaspora comes from an ancient Greek word meaning ‘to scatter about.’ And that’s exactly what the people of a Diaspora do – they scatter from their homeland to places across the globe, spreading their culture as they go.The Bible refers to the Diaspora of Jews exiled from Israel by the Babylonians.)

IN OUR WINE CORNER THIS WEEK.. 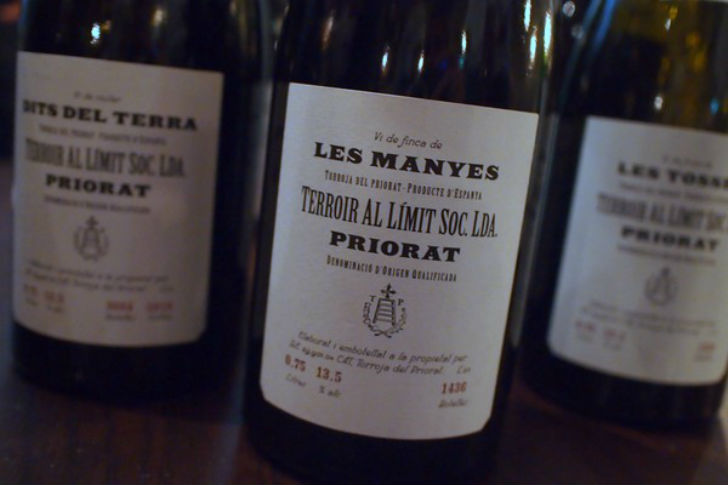 I am focusing on the Priorat, one of my favourite areas and the wine featured is Terroir al Limit Les Maynes 2014.

In 2004 Eben Sadie (a winemaker from South Africa) and Dominik Hubre started a new project in the trendy Catalan wine region of Priorat, called Terroir al Limit. They prospected the region for great old vines to work with, and then began taking a very un-Spanish approach in the cellar, avoiding small oak barrels and instead opting for inert tanks and larger foudres (*).

The wines are made in quite a natural way, and the vineyards are managed biodynamically. Eben is now so busy he’s not involved in any practical way with the project, so it’s now Dominik’s baby (although Eben remains a significant shareholder).

These wines are stunning: so fresh and expressive, and are a unique expression of this dramatic region, whose wines are so often blighted by new oak and over-ripeness.

Alas, they are fiendishly expensive with the village level wines at 25€, the mid-range 45€, and the last two top wines are 140€ a bottle (prices are approx and depending where you buy).

Tasting notes reveal, ‘that in many wineries in Priorat, 2013 is clearly better than 2014, but it’s not that clear in the case here, and you have to take it wine by wine.

In the case of this Les Manyes, the 2014 was the big surprise, with a combination of depth, perfume, subtleness and power difficult to achieve.

The clay and chalky soils provide for an extraordinary texture of tannins, a lot less coarse than those from slate soils. It distills all the Mediterranean herbs and flowers, the essence of ripe red cherries and wild strawberries with some chalky minerality in a nose and palate that is close to perfection.

So fine, supple and elegant with a lovely purity, but it has real mineral power with good acidity and fine structure. There were only 1,008 bottles produced.’ *(A Foudre is a generic French term for a large wooden vat between 20-120 hectolitres in size (hectolitre = 100 litres). These large oak barrels vary enormously in size but are significantly larger than the normal oak barrels.)

TELEVISION PROGRAMMES these days are besotted with teaching/featuring people who can’t cook and then training them up to prepare a ‘Michelin’ star standard meal for their unsuspecting family and friends – or ‘celebrities’ who are novices too and put them in competition with each other, then select a winner who suddenly opens a restaurant or does the TV circuit as a ‘guest celebrity ‘celebrity’ chef!!!

Don’t get me wrong anything that gets people interested in food and getting them to discover new abilities I am all for. But it does sort of imply that great chefs (and even not so great chefs) have worked for years to perfect their craft, but actually you can turn it all out after a week or so of training!!

But the funny thing about these programmes is that they are often presented or involve the same chefs that have been on this long and arduous journey to hone their skills only to appear to impart their knowledge to a housewife in less time that it takes to make a perfect soufflé!

Gordon Ramsay and Marco Pierre White come to mind in Hell’s Kitchen and everyone from Raymond Blanc to Brian Turner extolling the virtues of cooking a gourmet meal to please or appease your spouse. Just take them out for dinner – I say!!!

ON THAT NOTE I will bid you farewell until next week and should aspiring restaurateurs need some help or advice, please do not hesitate to contact me. A toast to Good Food, Good Wine and Good Friends.