Bidding her a fond farewell 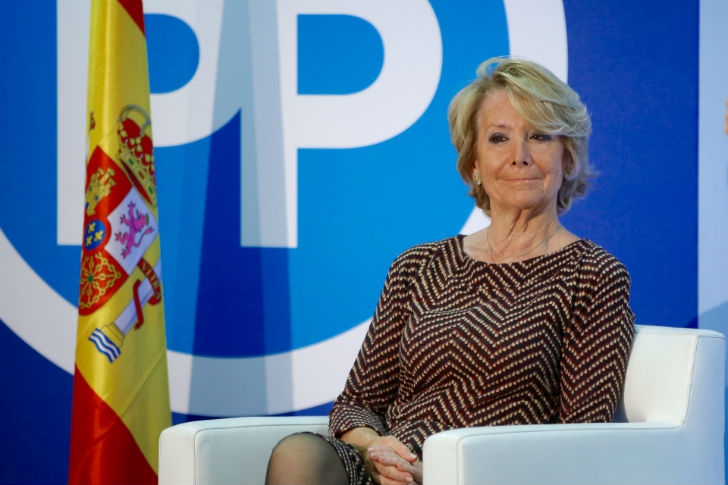 INSIDERS now doubt that Esperanza Aguirre will ever hold a prominent position again in the Partido Popular.

One thing is certain: Spain’s president and PP leader Mariano Rajoy is unlikely to stick his neck out for Aguirre as he did for the late Rita Barbera.

Aguirre challenged Rajoy’s leadership after he was defeated yet again at the polls in the 2008 general election.

The former Valencia City mayor stood by him then and when she was mired in illegal party funding and corruption accusations, Rajoy faced ridicule rather than throw her to the wolves.

In contrast Aguirre’s second self-defenestration will be a dish that Rajoy can eat cold and without the need for a long spoon.

THE Anti-corruption Public Prosecutor tried to limit the investigation that matured into Ignacio Gonzalez’s Lezo operation.

As Juvenal said, “Who guards the guards?” in a question that remains unanswered 2,000 years later.

IN a bugged conversation Ignacio Gonzalez poured vitriol on Critina Cifuentes, his successor as Madrid Community president who handed over evidence of his shady goings and eventually triggered Operation Lezo.

“That gilipollas won’t cover anything up,” Gonzalez complained.

What greater praise could politically ambitious Cifuentes ask for?

In 2014 Aguirre ostentatiously resigned as president of the Partido Popular party in Madrid when the region’s former vice-president Francisco Granados was swept away by the Punica corruption case.

It happened on her watch and Aguirre said she was prepared to take the can back.

Now, thanks to Ignacio Gonzalez, her former righthand man who took over as Madrid Community president when she resigned on health grounds in 2012, she has taken back another can.

Gonzalez, already implicated in the Punica scandal plus the dodgy provenance of his Marbella apartment, is now remanded for diverting public funds, commissions and raking in countless other goodies in the Lezo case.

Canny Aguirre has never put her name to anything less than above board.

Noone doubts her affirmation at the time of the Punica case that she had never received ‘one cent.’

But too many others did, all were close to her and it always happened on her watch.