They honestly haven’t got a clue 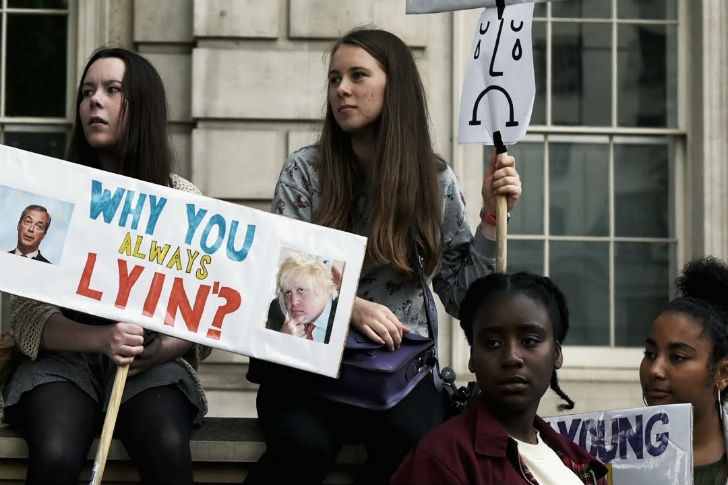 YOUNG ADULTS: They simply haven’t been around long enough.

PERSONALLY I think the voting age should be raised to 21.

It’s not that I consider the young lacking in intelligence, or am ignorant of the view, that if your old enough to die for your country you should at least have a say in who runs it.

The fact is they lack experience; they simply haven’t been around long enough.

An 18-year-old today wasn’t even born when the last Labour government was first elected, and were still children when they lost power.

They have no idea what it is like for adults to exist under the depressing, inept incompetence of a left wing government.

They have never experienced the sight of the fat cat bully boys of the unions, tanned and fresh from their Marbella villa holidays, emerging from Downing Street and announcing that half the nation would be on strike, if the ‘workers’ weren’t given what they (the unions) demanded.

Of times when ‘everybody out’ issued from the employees of one vital institution after another, until the whole country staggered from one crisis to the next and employers were blamed for everything from the price of soap to the shortage of cat litter.

They have no knowledge of a country, run by a party who bribes its constituents by creating whole cultures of benefit scroungers, and to pay for these free handouts, taxes those with any initiative to create jobs and wealth to such a degree that they leave the country in droves.

Labour is, and always has been, a party that has no idea how to actually create resources and always uses the wealth, painstakingly earned by previous governments to create the illusion that they are a successful organisation, by pouring investments into popular schemes that will ingratiate them to their constituents.

When there are no longer any previous legacies to lay claim to, they borrow, beg and steal (Brown stole the country’s gold reserves and sold it for a pittance!) until finally there is nothing left and they are finally voted out, leaving the incoming party to once again pick up the pieces.

Margaret Thatcher summed up this bunch of incompetent con artists perfectly, when she stated that the Labour party are fine, until they run out of other people’s money.

Thank the Lord for Corbyn and the likes of Diane Abbott. They are the true face of the left, and not in fact the false faces of Tony Blair and his henchmen of yore.

So, to all the young voters, who believe that the ‘all men are equal, tax the rich and ban the bomb’ tirade that issues from the left is the answer to what ails us, I suggest you all think again.

I’m not saying it’s going to be plain sailing. But at least with Theresa May we have a chance. And be honest, do you really want Diane Abbott to be in control of the nation’s police force? Ha!