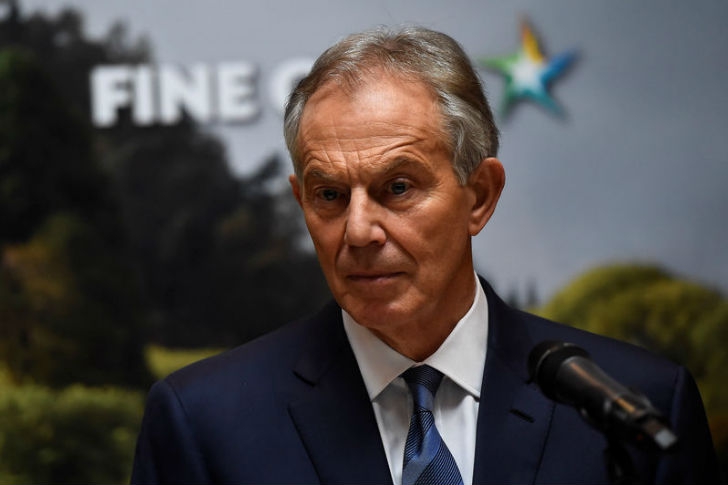 AS sure as night precedes day and the Pope follows the teachings of Catholicism, the Blair person is now up and running.

As I predicted some months ago, this thick skinned, arrogant individual, who many consider an indictable war criminal, is now poised waiting to pounce.

The omens of opportunity for this dangerous opportunist to present his ‘new’ alternative party, are all coming together like some ominous web waiting to engulf all who fail to see the trap.

This odious creature and his equally abhorrent mate, now see themselves presented with exactly the same set of circumstances they were confronted with when he commandeered the Labour party in 1994.

His initial move has been to work on his personal public image. He now looks the part. Tanned, toned and slightly greying at the temples, he presents the perfect picture of a supremely confident future party leader.

Before him he sees the mouth watering prospect of a Labour party with a weak inept leader, that is coming apart at the seams, no other party with enough support to form any serious opposition and a public confused and uncertain with the outcome of their decision to leave the European Union.

What better time to reveal that he, Tony Blair, has the answer to all its problems?

His opening political gambit has been to announce that the Brexit decision could be reversed. Brilliant.

This statement alone could gain a new alternative party millions of followers. And that’s just the beginning.

When Labour is hopefully routed in the coming elections, disgruntled and despondent left wingers will flock to a party formed by an ex-Labour leader who successfully took them to victory on three separate occasions.

Make no mistake Blair is a very clever and extremely astute individual. Any man who begins his career in public service by becoming Prime Minister, when most aspire to that position only after many years in the political arena, is a very dangerous man indeed.

As far as resources are concerned, I have no doubt that with the cronies he has accrued over the past number of years, his party funding pit will be all but bottomless.

Unfortunately for Mr Blair, he has overlooked one glaring fact of life. Millions of UK subjects hate and despise him.

Many, including yours truly, consider him responsible for the death of thousands, and, along with Bush, the root cause of the whole Middle Eastern tragedy which resulted in the demise of millions.

So, assuming the notoriously short memory span of the British public doesn’t rear its ugly head, I’m afraid all this Antichrists efforts to regain power are doomed to failure.

At least I sincerely hope so. Meanwhile back at the old homestead, with ever increasing desperation, Corbyn is promising the British public… well just about everything. With not one suggestion, except for robbing the rich, to pay for any of it.