Have the dissenters gone quiet? 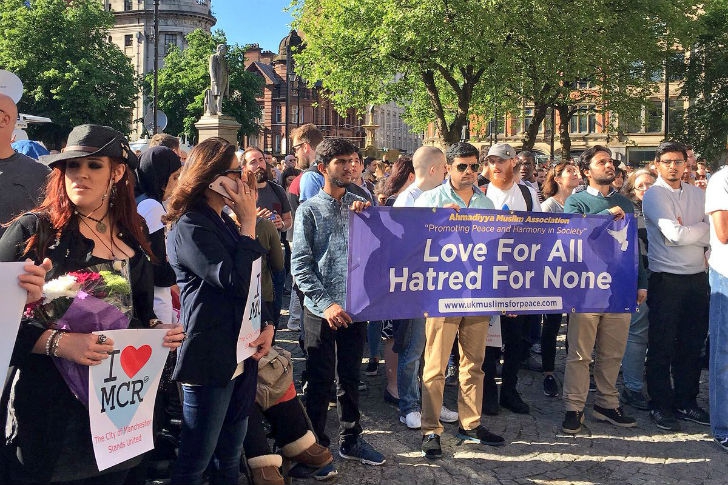 TOO LATE: With the latest atrocity in Manchester, the situation is now critical.

At the risk of now being accused of being a monotonous bore, I will once again reiterate that, some 30 years ago, I warned that there was an enemy festering within Western communities.

I also stated that if it was not recognised and dealt with sooner rather than later, it would all be too late.

Well, I’m afraid it is now far too late.

Actually it’s been too late for the last 20 years. With this latest Manchester atrocity the situation is now critical.

My other prophecy, that parts of the UK could one day resemble Beirut, is drawing closer by each alarming minute. Make no mistake, despite the admirable ‘don’t look back in anger’ attitude of many good people, there are others sitting astride tinder boxes of seething anger and highly dangerous frustration.

In short, before it all erupts into unthinkable violence and mayhem; something really must be done.

Although I am reticent to expose myself to even more abuse, and although the politicians are also undeniably

at fault, the main ‘something’ has to emanate from the Muslim communities.

It is no longer sufficient for ‘moderate’ Muslims to say how appalled they are with these atrocities, or that it’s ‘not happening in their name.’

They simply have to take action that lends some credence to their statements.

They need to show they really do want to integrate into Western cultures and traditions.

They need to; desist from referring to non-Muslims as ‘Infidels.’

Call a halt to all marches and inflammatory banner waving and stop the wearing of the despised full Burka.

All these actions are designed to provoke and intimidate.

They must also do more to root out the hate preachers, who teach their brethren that dying in the pursuit of Jihad will result in travelling to some mythical, virgin drenched Shangri La.

All these moves could go a long way to depressurising the cauldron of resentment and anger, which is reaching explosive proportions.

If the lid finally blows, it will be an unprecedented disaster for everyone.

In the name of intelligence, sanity and reason, let us really see an effort to integrate, before it all completely disintegrates into a carnage of violence and mayhem, which will lead us all to heaven only knows where.

I await more accusations of ranting alarmism with my usual anticipation.

Or have the dissenters now all gone a bit quiet!?