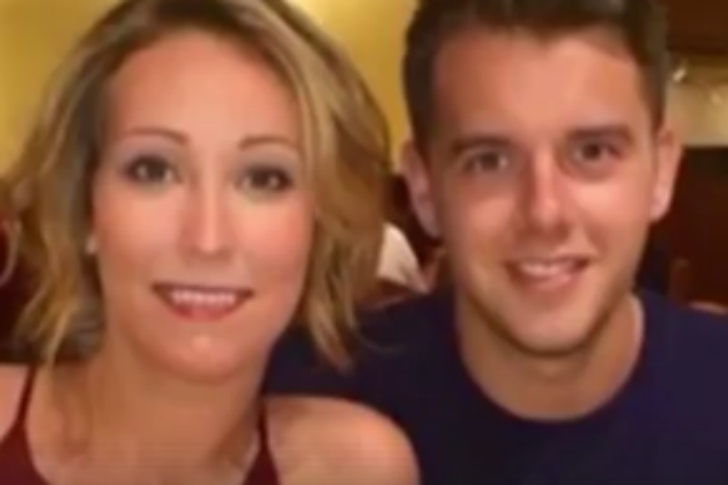 Kirsty Maxwell and her husband, Adam

THE HUSBAND and family of tragic Scot Kirsty Maxwell launch a campaign for information on her unexplained death.

The Twitter and Facebook asks people to come forward with information on the final hours before the newly-wed fell to her death from a tenth floor balcony at the Payma Apartments in Benidorm.

The grieving family are convinced someone holds vital evidence that could help Spanish police and investigating lawyer Luis Miguel Zumaquero piece together the events leading up to the fatal plunge in the early hours of Saturday April 29.

The heartfelt message from husband Adam, 27, reads: “Words cannot describe how Kirsty’s husband Adam, her mum Denise, dad Brian, brother Ryan and the rest of her family and friends are feeling.

“Their grief is aggravated by the fact there are so many unanswered questions about what happened to Kirsty and the knowledge that people out there hold vital information which can assist the family’s search for the truth.

“Something happened in those apartments which resulted in Kirsty’s death and someone knows the answers.”

The appeal asks for help from anyone staying in or around the apartments in Avenida de Almeria, 5, in the popular Rincon de Loix area on April 27 to 30 to search their memories.

“Did you take any photos or videos that night?

“Do you remember Kirsty and her friends who were all wearing pink shirts?

“Do you know anything about groups of men who were staying at the Payma or My pretty Payma Apartments, Benidorm?”

The family, who believe video footage may have been recorded during the incident, have criticised Spanish police after they allegedly failed to check mobile phones belonging to the five men who were staying in the apartment from where she fell.

Although they returned to the UK immediately after the tragedy, the men remain under investigation pending a possible return to Spain to face further questioning.

Adam stresses, that anyone coming forward with information can do so anonymously at Kirsty Maxwell Information Appeal Facebook page or by sending an email in confidence to [email protected]