A very pleasant port from 1960 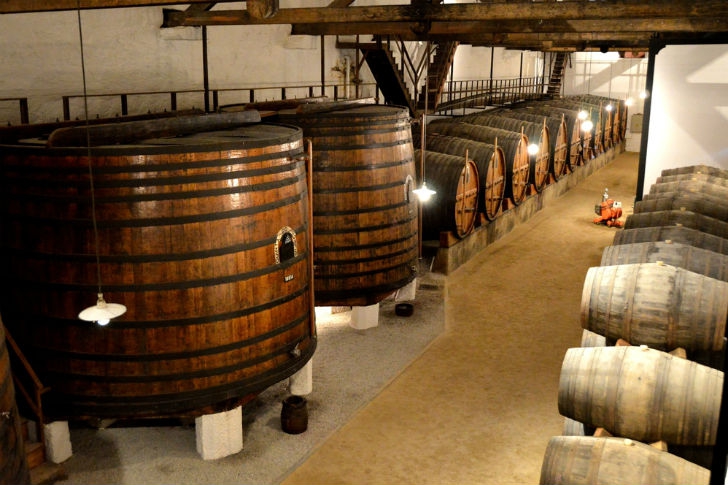 THE WINE CORNER IS A LITTLE DIFFERENT THIS WEEK.

I received a letter from Phil who sent me this photo of a bottle of 1960 Offleys port.

It was interesting as I had a bottle some years ago which I consumed and found it to be very pleasant. Well it should be, it was one of the finest vintages of the last 60 years or so, 66 was great and 63 generally undeclared but still very drinkable!

It’s worth about €120 and below is some interesting information regarding the bottlers.

Quinta Boa Vista (literally Beautiful View Vineyard) hints at the dramatic views enjoyed by one of the most renowned vineyards in the entire Douro valley.

Boa Vista is the jewel in the Offley Forrester crown, which is one of the oldest Port Houses (1737) and rose to prominence under Joseph Forrester.

He was a legendary figure in the history of port credited with mapping the upper regions of the Douro, only to be drowned in one of its rapids, allegedly weighed down by the weight of gold he had collected from his tenants.

Forrester’s life was devoted to improving the quality of port and in recognition of his endeavours the King of Portugal made him Baron Forrester.

Offley’s vintages from the 1960s are a rare treat for Port buyers, as little has appeared under the label since.

Keep the noise down please

I was lunching in my favourite Chinese restaurant the other day.

It was relatively early so it wasn’t as busy as normal. This also meant that the acoustics were more pronounced.

I have always known that the Chinese can be pretty loud when talking, discussing and generally giving instructions but on this occasion it was more noticeable. But it got me thinking, the Spanish are pretty good at it as well.

How many times have you sat in a family restaurant to the cacophony that is a family at play! But then, so do the Italians.

The Russians are not so noisy in a group, but individually when they talk it sounds like a machine gun!

However, if you really want to judge noise how about a bunch of half cut Brits in a bar!

KEEP THE NOISE DOWN PLEASE

I had the privilige of being the auctioneer at a recent charity event for the Tour de Sands, held at Avanto Beach restaurant in La Cala.

The charity was set up by Sandra Watson’s husband Jerry after the premature passing of his beautiful wife from cancer in March 2016.

I met the couple more than 20 years ago on a Classic Eurosport classic car rally through France and Spain where I organised hotels and victualing.

Their passion for classic cars and life in general was infectious. I am not going to go into everything as it is too sad for reading in a newspaper, but I would urge you to go to the website and read the uplifting story of Sandra and her family, it is truly inspirational.

Full details of the story, blow by blow of the trip, the charity and the people involved can be found there, as can the giving page that at this moment has helped the charity reach more than £70,000 from the event (www.tourdesands.com).

The Charity – to which Jerry’s efforts have concentrated – was set up to improve the misunderstanding about lymphedema, the side effects of her type of cancer.

The run started in Easton on the Hill in Lincolnshire and travelled to Elviria in Spain. The E2E was not done in Classic Cars, but on bicycles.

Sandra’s bicycle was ridden by different people throughout the 2,600 kilometre trip. Supported by riders from all over, who joined the ride at different stages but only four people completed the whole trip.

Jerry, of course, being one of them.

One of the most poignant moments for me was when the four that received their trophies were given a section of Sandra’s drive chain to drape over said trophy.

It was the most emotional event I have been to in a long time and I hope that I contributed in some way to the event and to the amounts raised by everyone concerned.

Avanto Beach restaurant, Restaurant 1870, San Pedro, Virgin Balloons, TreeTops, La Chaparral and with special thanks to The George Hotel in Stamford, Lincolnshire (a popular haunt for many of the English contingent) for their Lobster and Champagne Lunch – and many more who gave products and services to the memory of a beautiful woman, inside and out, who was also a loving mother and wife.

AS I WRITE THIS READY TO GO TO PRESS,

yet another pointless loss of life unfolds before our eyes.

Much blame for these terrorist attacks is blamed on understaffing of police and armed officers.

But the fact that the response time was so rapid and the perpetrators were shot dead within eight minutes from the first 999 call, does show that the organisation of the first responders is solid.

Once again stories of unbelievable acts of bravery emerge. People that do extraordianry things under pressure without thinking of themselves.

I often wonder whether I would be able to carry out similar acts if faced with such horror. Once again a community pulls together and will not allow itself to be beaten.

But the world has to do something – and quickly. I have Muslim colleagues who have worked for me for many years.

They do not understand this interpretation of their beloved Islam claiming it represents love not hate and certainly not murder.

But religious leaders must accept more responsibilty, especially those that preach wahhabism, an extreme Islamic doctrine practiced by Daesh and taught in Mosques apparently funded by countries such as Saudi Arabia and Quatar.