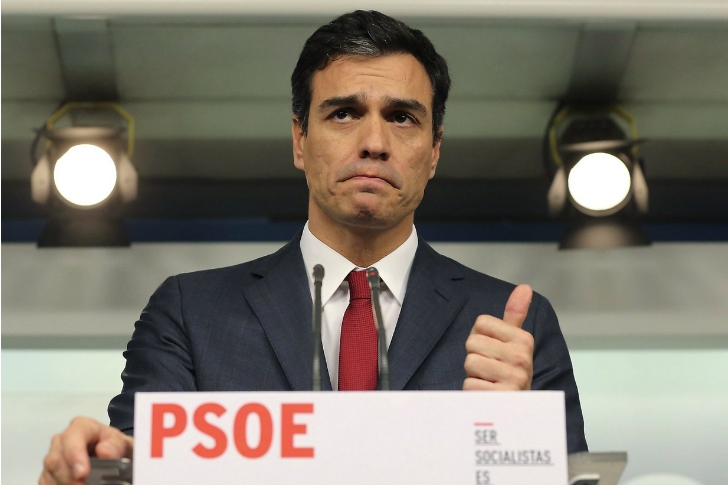 PIGS aren’t yet flying in the UK but closer inspections suggest that they are sprouting wings.

Teresa May lost her overall majority and Jeremy Corbyn, darling of the Labour Party membership but not the Parliamentary Labour Party, scooped up the biggest share of the vote since Tony Blair.

No doubt the PSOE secretary general Pedro Sanchez has taken heart from the UK’s recent General Election as he, too, is beloved by the militants but not the party hierarchy.

Sanchez’s supporters are drawing attention to the parallels between him and Corby nwhile overlooking one enormous difference.  The Labour leader made a good showing in his first General Election and Sanchez bombed twice, leading the PSOE to its worst-ever defeats in December 2015 and June 2016.

Pigs might eventually become airborne in the UK but will probably remain earthbound for time to come in Spain.

NOT long ago Pep Guardiola, erstwhile Barça and Bayern trainer now at Manchester City, called on the international community to support Cataluña.

The region’s rights are being threatened “by an authoritarian state” i.e. Spain, Guardiola claimed.

Hysterical overreaction from Guardiola, who once played for the “authoritarian state”is just what the remainers needed.

So Cataluña voters can look forward a two-for-one offer – a Puigdemont BOGOF, in fact.

Spain’s Public Safety Law brought in €13 billion in fines for offending or challenging the police since it was introduced in 2015.

Known more accurately as the Gagging Law, it was passed at a time when protests had increased although most were peaceful and public safety the least of Spain’s problems.

Unemployment was the biggest worry for more than three-quarters of the population and corruption for almost half.  Few people were losing sleep over public safety.

Gagging Law fines have since been issued for putting photos of badly-parked patrol cars on Facebook and a woman was fined for carrying a bag with a cat’s face and the letters A.C.A.B.  These, she explained, stood for All Cats Are Beautiful although her inquisitors disagreed and insisted that it meant All Cops Are Bastards.

Doesn’t say much for the Public Safety Law, but that’s an impressive and paranoid level of English.