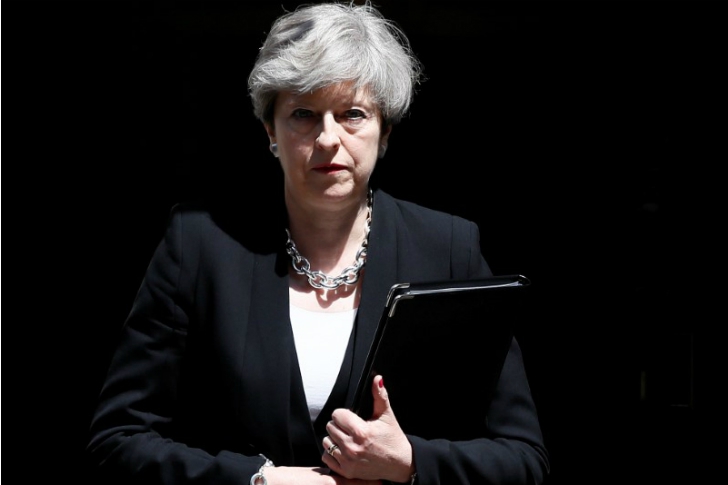 I DON’T think I have been more disillusioned with a Conservative leader since the disastrous tenure of Edward Heath. ‘Course we should all have seen it coming.’

For a remainer, who became an enthusiastic hard line Brexiteer virtually overnight, purely to ingratiate herself with what she and her more than useless advisors saw as the publics ‘mood,’ Ms. May just didn’t seem to sit right from the start. From that point she has lumbered from one ill advised disaster to the next. Couple that with her apparent reluctance and total inability to confront anyone in public and I think we could be in serious trouble with our negotiations at the table of the esteemed EU hardliners.

A bitter malicious bunch who would be delighted to see our whole country join Atlantis on the sea bed of abject failure and utter ruin.  Against such opposition I’m afraid Ms. May simply wont hack it. Despite all the hype, and hope that we had discovered a new ‘Iron Lady,’ Margaret Thatcher she most certainly aint. ‘Putty woman’ would be a far more apt title. The sooner she is replaced as leader the better. Unless she produces some dramatic morphing and we discover we have somehow misjudged her and,  heaven forbid, she is still at the helm when we go to the country again, the Conservatives will lose the next election. As things are at the moment, the best we can all be prepared for is a soft Brexit, which basically means we  may as well not have had a referendum at all.

I am more than a little disgusted at the blatant way the Grenfell disaster was twisted into a political issue. Particularly by the Labour party, who wasted no time in using it as a photographic and propaganda  opportunity, even down to one member who said the cladding was done because of complaints from the ‘rich’ neighbours that the building was an eye sore in the area. Oh and by the way Mr. Corbyn, despite the incompetence of its leader, you did actually, quite heavily lose the election to the Tories… Just saying!

Personally I’ve had a pretty good past week. Apart from a number of people that pointed out that, with reference my last column, hens do the laying and people do the lying! ( Yeah yeah!) I now have all three books of my autobiographical trilogy on Kindle and Amazon (Adults and broad-minded readers only OK?), I also received some great news from my Stage Musical co-writer that our project is to be produced in Australia at the end of the year. So it’s onward and upward from the ol’ boy. Thanks to all concerned. Only disappointment was being passed over in the ‘list’ again this year. Ah well, never did think Sir Leapy sounded right anyway.

Have a good week. Keep that mail coming in and;