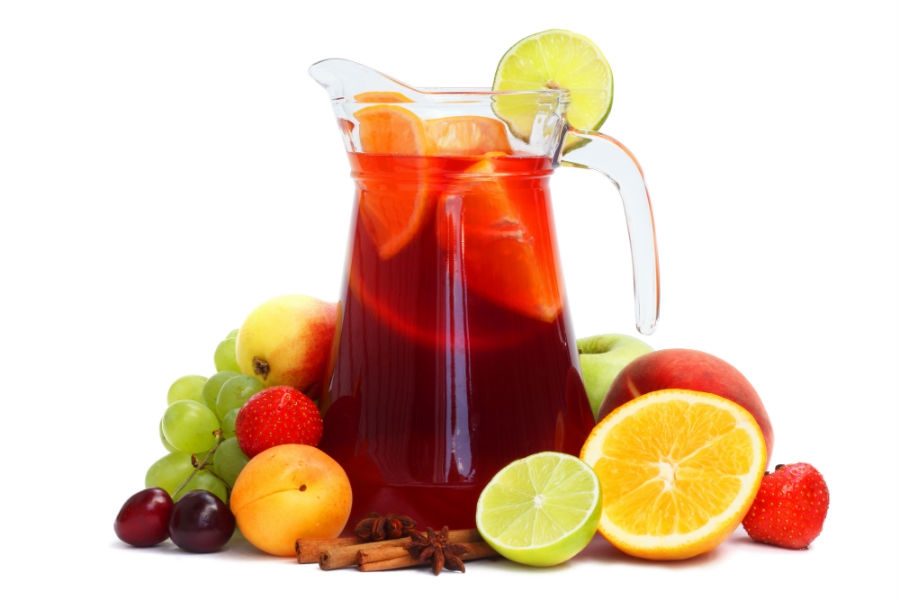 SANGRIA: The modern drink has no heavy alcohol in it.

THE difference today from how it was back in 1969 is best served up using the receipt for making old sangria versus what is served today.

The difference is night and day. In fact, if you want to get technical and use the Real Academia’s written version, 90 per cent of the indigenous populace confuses what is a Zurra for what is suspecting of being an authentic Sangria.

And, no one ever ordered a sangria drink. It had to be prepared weeks in advance and served up ONLY for the immediate family.

Foreigners never got a taste nor ever knew about it, other than from legend and myth.

Bar rules were different then and the drink was reserved for that unique special occasion of a son returning home or a daughter announcing her pregnancy.

Even then, advance notice for making the concoction had to be served up and planned well in advance to not break the ‘ancient sangria rules.’

Back in the day there was an unwritten bar law that if a drink was poured and the customer didn’t get the fair measure and another bottle had to be opened – his drink was free.

So, when the barman came to your table to pour you a shot of brandy or anis he first examined the bottle to make sure he had enough.

If he could see that there wasn’t enough then he passed back behind the counter and dumped the errant measure into a large caldron. Made no difference what it was, green chartreuse, anis, brandy, gin or whisky, if it was not a full tot it would go into the family barrel.

The dregs of the wine went in too. Now Grandma wouldn’t visit the bar often but when she did it was only to check on the gauge of the caldron being filled for the special event.

After it got a quarter full she would peel fruit and throw that in. Apples, pears, apricots or what ever. A few stirs and cover it with an old towel.

That sat and saturated until next Saturday morning when she returned to add more magic, possibly fruit or a sprinkle of red wine or cinnamon.

Every bar in this corner of Spain followed these exact rituals never knowing they were in fact making what was known as a zurra (in the rest of Spain).

On the day of drinking other specialty ingredients will be added, freshly cut oranges topped off with gaseosa (or lemonade) and filled to the brim with fresh red wine. Stirred and stirred and served up.

Naturally each participant eats the fruit first. This sends tongues a wagging. Following that, no one really needed to imbibe the drink.

Within minutes merriment flowed from the mouths of all. Even the pleading young were given a portion, possibly the mother-in-law too.

Modern sangria has no heavy alcohol in it, much similar to today’s tinto de verano (without vermouth).