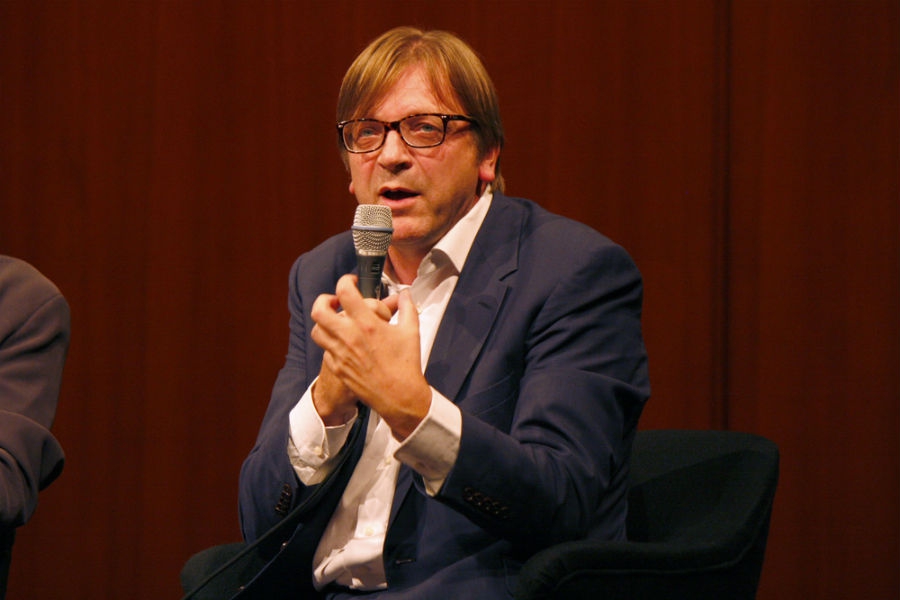 BREMAIN IN SPAIN, a group campaigning for the rights of British citizens in Spain, is part of the British in Europe coalition of 11 UK citizens’ groups across the EU. British in Europe and the3million, a group representing the interests of EU citizens in the UK, welcome the June 10 response from the European Parliament rejecting the UK Government’s offer on citizens’ rights.

In recent articles published in Europe and the UK, Guy Verhofstadt and other key EU figures have described Theresa May’s offer on citizens’ rights as “a damp squib”. In the EU’s strongest condemnation of May’s “fair and serious” offer to date, Verhofstadt said it fell far short of their ambitions to put citizens first, and that differences between the UK and EU proposals were “striking”. Elaborating, he stated that a Brexit deal would not be approved if no more was offered to protect the rights of all EU citizens. Verhofstadt also criticised May’s offer by saying “it would cast a dark cloud of vagueness and uncertainty over the lives of millions of Europeans”.

British in Europe recently released a policy paper jointly with the 3Million. The policy paper was published as a direct result of Theresa May’s offer, and highlighted where May’s proposal fell short.  ( http://www.bremaininspain.com/news/safeguarding-position-eu-citizens-living-uk-uk-nationals/ ).

The policy paper received considerable publicity, was well received in Europe and was circulated to members of both Houses of Parliament in the UK. It was mentioned directly in the House of Lords debate last week on ‘Brexit – Acquired Rights’, where Viscount Waverley and Baroness Ludford quoted from it extensively.

The chairperson of British in Europe, lawyer Jane Golding, said:  “The European Parliament’s statement is a clear indication of how seriously it takes the rights of UK citizens living in Europe and confirms its members’ intention to ‘put citizens first’.”

Nicolas Hatton, co-chair of the3million, said: “EU citizens in the UK will appreciate that MEPs are standing up for our rights while the current British government has decided to play politics with our lives. The3million urges the government to show the kind of pragmatism for which Brits are celebrated world-wide and to offer the same level of protection that the EU has offered.”

Golding continued: “The EU proposal is the starting point and we appeal to both sides not to stoop to a lower negotiating position. Any UK offer must confirm the existing and acquired rights of EU citizens living in the UK, rather than its current offer of a status less favourable than they have now, effectively giving them third country citizen status under UK law.  We support the European Parliament’s position that citizens’ rights are a red line. No country’s citizens should be affected retrospectively by Brexit.”

Sue Wilson, Chair of Bremain in Spain, added: “When we hear the EU expressing concerns for our welfare, and a real understanding of the fear and uncertainty that we face, it is reassuring. In contrast, when we hear May talking about degrading the rights of EU citizens in the UK, it fuels our fears and confirms that we are still being treated as bargaining chips. May seems intent on treating EU citizens, who are making their lives in the UK, as second-class citizens. Not only that, she seems to want to do it retrospectively. The final insult for Brits living in the EU is that, clearly, she would not have a problem were we to be treated the same way. In fact, we barely receive a mention in her proposal. If the treatment we’ve received thus far from the UK government isn’t a compelling argument for our rights and freedoms being protected by the European Court of Justice, then I don’t know what is.”

She concludes: “There’s little faith on this side of the Channel – i.e. from those of us based in the EU – that May has the will or the skill, to protect us. Just as well that we trust Barnier, Verhofstadt and the EU to keep their promises and to put citizens first.”