EWN EXCLUSIVE: Kings of Rumba Flamenco will be playing in Andalucia 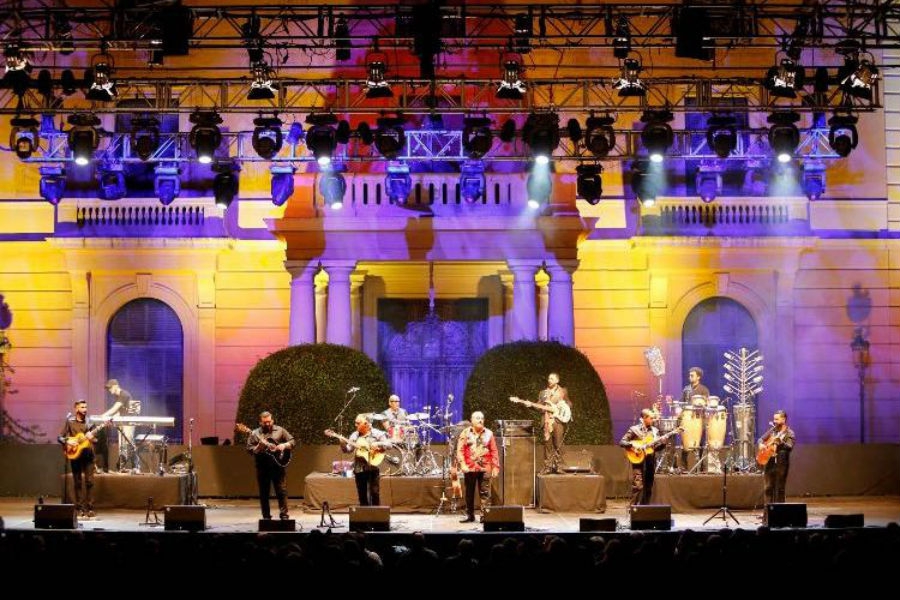 ONE of the most iconic bands involved in Flamenco music, the Gipsy Kings is coming to Marbella and founder member Andre Reyes is looking forward to it.

Speaking exclusively to the EWN Media Group, he confirmed that they would be breaking off their US tour to bring the ten piece band to perform at Starlite on August 3 and Puerto Sherry, a marina in the Bay of Cadiz on August 14.

He explained that “the Marbella gig will be a very structured and enjoyable performance for the band and audience alike but the other concert will be like one big party where everyone can let their hair down.”

This brief visit to Spain will include special appearances from brother Mario Reyes and Chico Castillo but the emphasis will be on Andre Reyes as leader of this band.

All of the original Kings had played with other popular artists in the past and surprisingly they only joined together as the Gipsy Kings in 1978 and, despite the fact that they play a style of Rumba in the Flamenco style, they are not Spanish but were mostly born in France after their parents fled Gerona and the Civil War.

Andre still sees his roots as being in Spain but “I am not French or Spanish” he said “rather a Gitano, a Catalan Gypsy!”

When asked if he ever gets bored with constant touring which has recently taken the band to America, Dubai, much of Europe and Japan, he laughed saying “The fans are the most important people, they keep me alive and I love performing to them.”

Once this latest round of touring is completed, he plans to record a new album in late Autumn or Winter and their infectious style of play will no doubt make for yet another interesting disc. The success of Bamboleo may not be repeated in a hurry but it certainly established the Gipsy Kings in the mind of so many around the world.

Whilst they enjoy playing many of the classic Rumba numbers, they sometimes move away from the norm and when approached by the Eagles management, he was pleased to have the chance to give Hotel California the Gipsy Kings treatment.

Andre himself has some very eclectic tastes in music, quoting heroes from the Spanish scene such as El Camaron, Paco de Lucia and Tomatito but also Celine Dion, Barry White and Michael Jackson.

In concluding the interview which was conducted in Spanish by telephone as Andre is currently in Paris, when asked if he had a message for fans in Spain, he simply said “Come to one or other of our shows and join in the party as we will ensure a great time.”