Belly of pork rolls and sushi 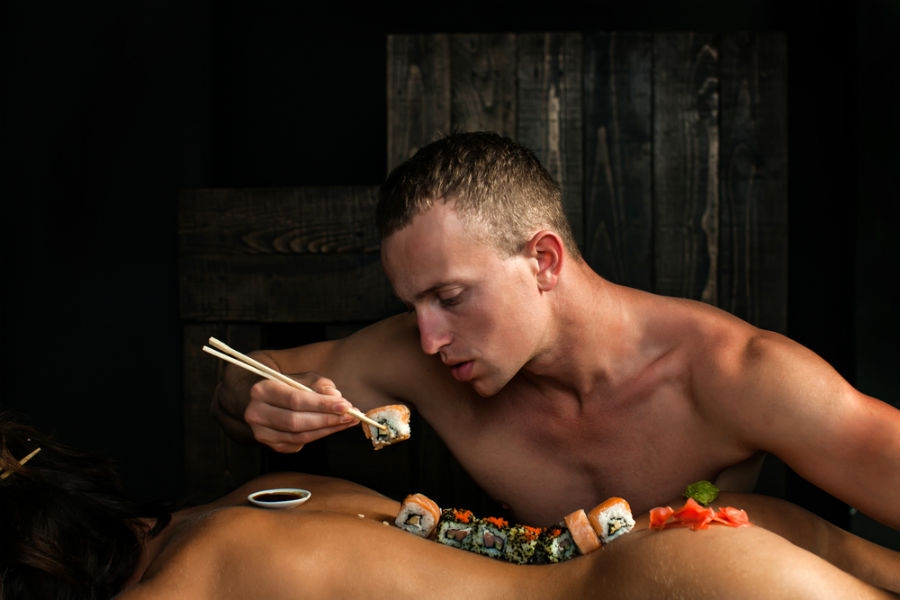 I WILL never cease to be amazed at the amount of dross that is aired on TV in the name of entertainment;

Love Island, Big Brother, Kardashians, The Real Housewives of wherever and the like. But a friend of mine commented about a new (to me) show called Naked Attraction.

For those of you that have not seen this programme the clue is in the title!

Boy seeks girl; six young women stark naked parade for said boy! Who then has to strip off as well.

Girl seeks boy; Six stark naked boys get ogled at by girl who then has to strip off too. They also have gays, pan sexuals (something involving bread?) bi-sexual and the list goes on.

Now let’s make something clear, I am not a prude and I love the female form and am happy to see it in all its glory, but I’m not sure that having nude bodies in full glare on a dating programme makes for a good base to start a relationship.

I always thought that the sexiest part of a relationship was eventually discovering what was beneath the clothes.

Which is probably why the Japanese came up with the ‘body table.’ Now this could be a new ‘dating – food programme.’

Six girls are laid out and their bodies are covered with Rolls, Dumplings, Sashimi and Sushi and contestants armed with chopsticks start on the belly and have to eat all the food on the rest of the body before they are allowed to take the food from the ultimate erogenous zones!

Now that seems the ultimate date – with dinner first!

An oasis in the proverbial

MY sister came over last week for a few days to see her son and grandchildren so I ventured down to Torreblanca to see sister and nephew to have lunch and celebrate young Noah’s birthday.

After a pleasant lunch I took Melanie and Richard back to his house, but on the way stopped at the Boutique Hotel that is Las Islas, in that pueblo.

It has become one of my sister’s guilty pleasures. I have to admit, it seems very incongruous to find a little hotel in the middle of a sprawling urbanisation, but there it is, complete with pool, tropical gardens and birds.

While we did not eat there – having already had lunch – we did have an after lunch drink and I, of course, had to look at the menu. There is a very heavy Lebanese influence and peculiarly mixed with Spanish dishes and just for fun, theres some Greek, Hungarian and even an Oriental Chicken Salad.

The restaurant is open for non residents, but they do not normally serve drinks to non residents or non diners. Obviously my sister has some clout here!

In the blue and red

REGULAR readers may remember me mentioning about a wine that I was given a few weeks ago that was disarmingly coloured blue.

I said it had a ‘nose’ like nail polish remover so I didn’t drink it, but I did decide I would cook with it. So a chicken dish in white wine (well blue!) was prepared. And guess what?

I did contact the bodega a couple of times to find out more details of Baltar de Alort but I did not receive a reply. I wonder if it is actually a white wine with colourant? If not what makes it blue.

I shall have to ask my maestro friend Pancho Campo I’m sure he will know. While we are talking about wine, I may as well throw my wine corner in and this week I am going to celebrate the Bodega Muga, probably one of the best and most well-known of the Rioja, but on this occasion I am going to talk about their Prado Enea 2009.

The interesting thing about this particular wine is that they do not always make it unless it’s particularly good.

“It was produced with grapes from cooler vineyards that enjoyed 20 extra days of slow ripening compared with warmer zones, which provided them with perfect ripeness and deep flavours.

“This blend of 70 per cent Tempranillo, 20 per cent Garnacha and the remaining 10 per cent between Mazuelo and Graciano had an extended élevage, in this case no less than three years (alternating newer and older barrels).

“This is still a baby and I know Winemaker Jorge Muga would like to keep it in bottle for longer before selling it, but the commercial pressure is tremendous, as there has been no wine since 2006. The wine has 14.1 per cent alcohol and a surprising 3.34 pH, especially considering 2009 was generally a warm and ripe year.

“But somehow this cuvée seems to work very well in ripe vintages. The wine feels even younger on the palate, and it still needs to develop some further complexity and the silky texture for which this wine is famous. There is good balance here and all the elements are in place for a nice development in bottle.

“In fact, it feels like one of the great recent vintages of Prado Enea.”