Doctor Who travels through space, time and… Spain 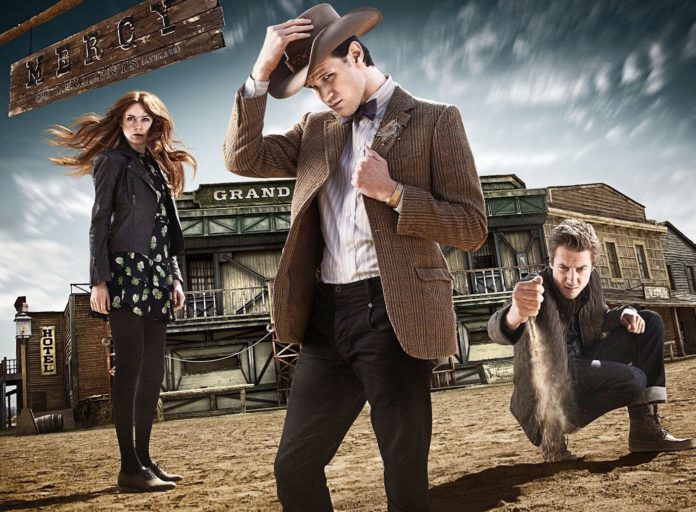 FOR 54 years Doctor Who has been travelling to new and strange worlds.

For most of that time, it was touring the quarries of Great Britain.

Every now and again, though, the show took a left turn and went to the Iberian Peninsula.

As of 2017, Doctor Who has filmed seven stories in Spain.

Despite launching in 1963,it was Peter Davidson’s fifth Doctor who first to make it to Lanzarote in 1984 as part of the story ‘Planet of Fire’.

This penchant for holidaying lead to Sevilla in 1985 for th especial ‘The Two Doctors’ (starring both Colin Baker and Patrick Troughton as the eponymous Time Lord).

After the show’s hiatus in 1989, it returned in 2005 with Christopher Eccleston as the ninth Doctor.

Although it had swapped the quarries of England for a big a budget Welsh film set, on location jaunts remained rare.

It was only in 2012 that Matt Smith as the eleventh Doctor got to go to the Sierra Nevada for the story ‘Asylum of the Daleks’; albeit the mountain range was used as a Dalek moon (none have been spotted since).

Later that season Almeria’s famous Mini Hollywood stood in for the real Wild West in ‘A Town Called Mercy’ for a memorable showdown between the Doctor and a cyborg sheriff (something like a robot Clint Eastwood).

By 2014, Lanzarote again doubled as the surface of the moon in ‘Kill the Moon’ with Peter Capaldi in the starring role as the twelfth Doctor.

Fuerteventura, another Canary Island, likewise doubled for New Mexico in 2015 under his tenure in ‘The Zygon Invasion’ later that season.

Only last week the show returned to Spain, albeit Valencia’s City of Arts and Sciences doubled as a future human colony full of killer robots in ‘Smile’.

The country’s history and famous faces have also been referenced hundreds of times on screen, in books and audio versions of the show.

A favourite surely must be that by 2059 Spain has its own space program or that by 2108, and don’t hate the messenger for this, Malaga is an independent country…

Spain, if not the new quarry, is definitely the new exotic for Doctor Who.

Will the Time Lord return in the near future?

Given its burgeoning global dominance, it seems more than likely.

And as long as they avoid the stairs, the Daleks might make an appearance, too.