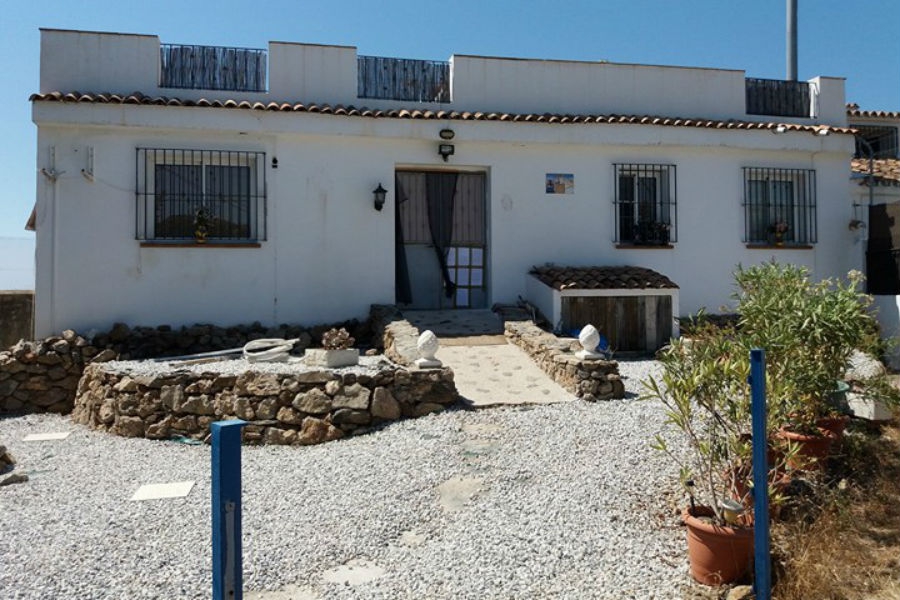 A RETIRED COUPLE from Cornwall have received a temporary reprieve but still face having their house in Almayate bulldozed.

Gill and Bob Ward, who bought the house in 2004, have now taken to Facebook and enlisted the help of Save Our Homes Axarquia (SOHA) to draw attention to their plight and save their home from destruction.

Having met with their solicitor this week, Gill said they are trying to formulate a plan and may appeal the council’s decision.

The property, which is part of an old farmhouse, was a ‘ruin’ when the couple bought it, received planning permission for a reform in 2006, which allowed several improvements to be made but required the original façade to be kept in place.

During the works the original wall collapsed, however, although Gill and Bob say their architect assured them it would be fine to continue construction. Following completion of the works, the couple moved in, certain their house was legal until Gill – whose name the property is in – received a court summons in 2013 for ‘knowingly building illegally without the correct licence.’

She said her solicitor told her to plead guilty and she was handed a two-year suspended prison sentence and was ordered to apply for a new permission for works, which they couple say they did.

They claim they never heard back from Velez-Malaga Town Hall, however, until receiving a letter on July 5 telling them their home would be demolished on July 17. Bob and Gill have since been granted a temporary court order preventing the bulldozers accessing their property but Gill said she is concerned the demolition company may soon be granted access to their land.

She said of the situation, “we can’t believe it,” adding if demolition goes ahead, “we have no other home. We will be homeless.”

The couple have also been helped by Phil Smalley, SOHA’s president, who said the organisation was “waiting to hear from the couple’s solicitor and to hear back from the town hall and hoping for a solution.”

The worrying case comes following warnings from Smalley about changes to the State Planning Law, which he believes could affect around 20,000 homes in Axarquia.

He said councils are putting together an inventory of all buildings constructed on nonurban land and all property owners will soon receive a letter from the town hall stating what category their home comes under.

Smalley is urging any owners concerned about the legal status of their property to contact the association at www.soha.es to receive advice and add their voice to the campaign.

He said only 200 property owners have contacted the group so far and is calling on others to come forward so they can organise a platform, putting pressure on the council to declare all homes built with town hall licences legal.

He said, “Owners of homes on non-urbanisable land (sic) believe that because they have all their paperwork, and no action has been taken against them to date, that they are legal.”

To help the Ward’s save their home you can donate to the cause via this Go Fund Me page: https://www.gofundme.com/help-the-wards-save-their-home