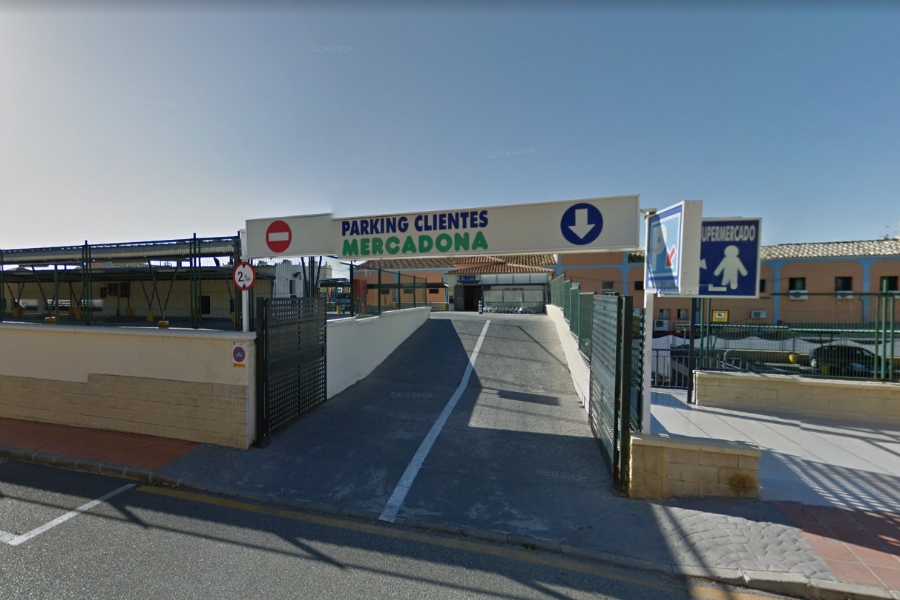 LOCAL MERCADONA: The location where Pauline was targeted is now staffed by security men at certain times

AN EXPAT is calling on supermarkets to warn shoppers that thieves often operate in or near their car parks.

Pauline Hulme from Calahonda, Malaga, had her handbag snatched containing €600 and personal documents minutes after loading shopping in the car park of a local supermarket.

She discovered the theft after helping two men – possibly of North African origin – who stopped and asked for local directions.

Charity worker Pauline, a Liverpudlian who has lived in Spain for five years, now wants leading supermarkets in southern Spain to hire security men, or erect posters in Spanish and English either in the lift to car parks or at shop entrances warning of the risk of possible theft.

“If I had read such a warning I would have been much more vigilant,” says Pauline. She was robbed after shopping in her local Mercadona car park, and is pleased that the location where she was targeted is now at times staffed by security men.

Looking back on the theft, Pauline said: “I felt utterly sick and it will take me ages to replace what has been stolen. “The larger supermarkets need to warn people of the danger of theft or hire security men to safeguard their clients against the risk.

“The shop manager was extremely sympathetic and said they have cameras… but even in the police station I was told that theft is rife.”

A British man who later found her handbag – but without the cash – told her he had been robbed in a similar ploy two years ago in the same spot, and that he was also stabbed in the arm during the incident.

A few local supermarkets on the coast have signs warning shoppers not to leave valuables in sight in parked cars, but Pauline’s call for security staff or ‘Beware of thieves’ signs is a more focused move.

Peter Stretton, a retired British pensioner from Alhaurin had a similar experience to Pauline last summer. “I attended La Trocha market one Sunday and after I had been stopped by two men asking directions near the market, I discovered my man-bag containing my wallet and phone plus some shopping had been stolen from my vehicle.

“It happened so quickly.” James Findley from Denia also told of two recent incidents. “Last summer my wife had her purse stolen from her shopping bag in a shop car park by a passer-by and friends this Easter, who initially flew to Madrid at the start of their visit to Spain, had a wallet stolen on the train from the airport.

“It happened when the husband was distracted while carrying cases and watching his family.” James said he knows of others who have had valuables stolen from their cars while being distracted in car parks.

“With so many visitors police should make people aware with a poster campaign in Spanish, English, and other languages warning that theft is an issue locally.

“This is not detrimental to Spain. It happens in Germany, France, the UK… but so many arrive here in high holiday spirits only to realise hidden dangers.”

Officials at various foreign consuls in Spain have over many years warned nationals of the importance of safeguarding against theft, with many family holidays ruined after handbags or bags containing passports, air tickets, and other valuables have been stolen.