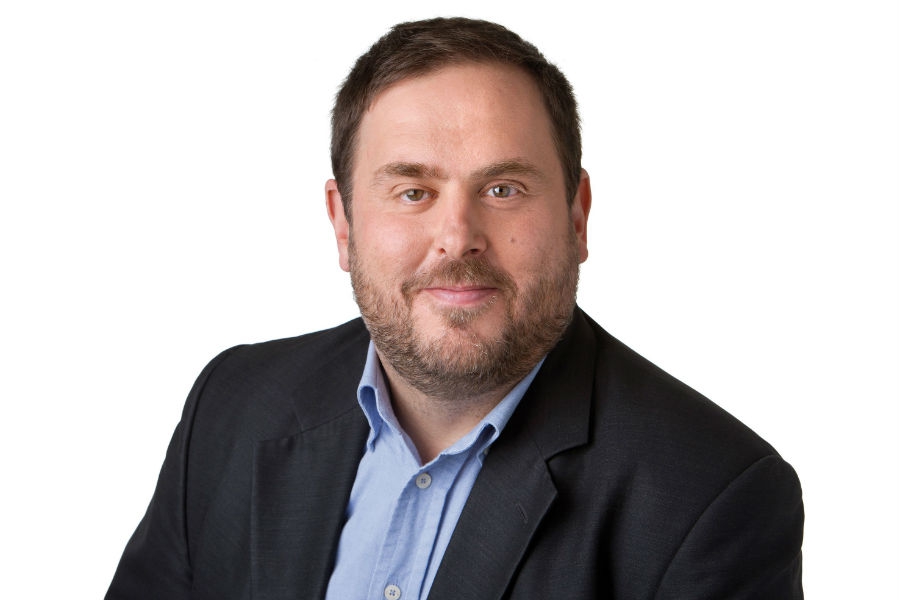 CATALUÑA is governed by Junts pel Si (Together for Yes), a coalition of pro-independence parties headed by Carles Puigdemont of PDeCat and Oriol Junqueras from the leftwing nationalists ERC.

Junqueras is organising the referendum and making sure that all waverers are left by the wayside.

Not that all the replaced Consellers including those who headed the Interior, Presidency and Education, were having second thoughts about independence.

Doubts that the October 1 referendum vetoed by Madrid would take place were enough to send them packing. Others were reluctant to share with Junqueras any legal or political fallout from the referendum.

This involved putting their assets on the line if necessary, which prompted the government spokeswoman Neus Munte to make an eloquent but rapid exit. All were replaced with hardliners, like Pere Soler, the new head of the Mossos d’Esquadra police who hopes that Cataluña leaves soon, “as the Spanish are pitiful.”

Getting rid of opponents is the tried and trusted way of authoritarian governments and whether or not the Spanish are pitiful, they did not expect a return to the 1930s now they are well into the 21st century.

Puig has never been a fan of the party’s national leader Pedro Sanchez and he backed Susana Diaz in the primaries that reinstated the latter as secretary general last May.

Puig comfortably put paid to his pro-Sanchez rival and might as well enjoy it while he can. With regional elections coming up in 2019 Sanchez can spend the next two years plotting revenge.

ONCE secession mutterings became strident shouts, Brussels made it clear at every available opportunity that Cataluña automatically leaves the EU if it leaves Spain.

The Catalan government has conscientiously ignored repeated warnings that it will have to go to the back of the queue for readmittance. Secessionists as well as undecided Catalans should spare a thought for the UK and Brexit.

Not just for the toll it is taking on the population and economy, but for the price that politicians are paying. June spelled the beginning of the end for May and an October victory could still bring a winter of discontent for Puigdemont.

So it would seem does minister of Agriculture Isabel Garcia Tejerina who was at his side during Nadal’s Roland Garros triumph in Paris last June.

More recently they were together at Wimbledon when Garbiñe Muguruza gave Serena Williams a whopping.

Tejerina is known to be a great tennis fan although whether she is also a Juan Carlos fan has not been made clear.

Get out of that one

MARIANO RAJOY applauded the Opposition victory in an unofficial referendum recently held in Venezuela, calling for an end to the present regime.

This prompted a self-righteous response from Venezuela’s semi-dictator Nicolas Maduro who virtuously maintained that he allowed the ballot – which he will ignore – in the interests of democracy.

Where’s the difference, Maduro asked, calling on Rajoy to be consistent. Odious Maduro has a point and this is a devilishly difficult one to answer.