It makes you sick! 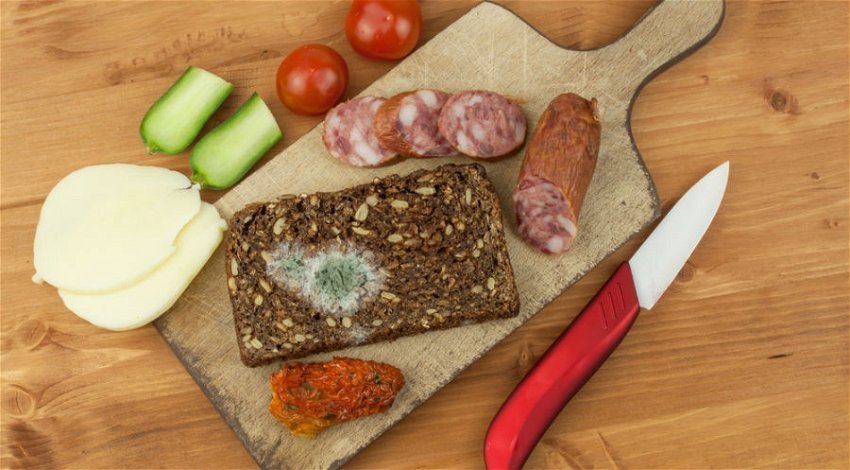 FOOD poisoning is one of the most dreaded illnesses and is a nightmare for hoteliers and restaurateurs.

But, despite the UK having the highest food handling standards, caterers are still making hazardous mistakes in the kitchen according to the Royal Society for Public Health (RSPH).

Here in Spain we also have very high standards for handling and storage. But despite continuous training and impressing on staff how important food hygiene and handling is, basic mistakes are still made.

Most of those mistakes could be avoided if common sense (that wonderful oxymoron) was implemented.

Washing your hands when going to the loo might be the obvious, but more germs are picked up from the door handles than anything so best to keep an antibacterial wash – like hospitals use – outside of the toilet area.

The invention of hand driers was meant to cut the bacteria down but it was soon discovered that if not used properly the heat on the moist hands actually increased germ spread. They are now much more efficient – and hotter – which tends to kill most bacteria.

On that subject staff who contract sickness and diarrhoea, in an effort to prove what good workers they are, come back to work too early. Severe attacks take longer than 48 hours to clear the system and despite feeling better, bacteria can still be transmitted through body pores and finger tips.

Personal hygiene – or lack of it – is one of the many causes of illness but the handling of food can be far more dangerous. Bacteria thrives at temperatures of between 5°C and 63°C so buffet restaurants which leave their dishes out for more than an hour or two is one practice putting people’s health in danger.

Kitchens that leave food out too long without preparing it or returning it to the fridge is another. Cross contamination when preparing different foods. Preparing raw chicken then picking up another product without washing hands thoroughly.

Chopping boards that are used for the same products. Restaurants have different colour boards for different preparations. Fridges are checked regularly but staff have to be aware that the food inside should be probed as well.

There is an ad on TV at the moment for Dettol (I think) where a woman is seen to be wiping down a surface with a piece of raw chicken, claiming that that is as dangerous as using a dirty dishcloth!

How many of us wash our dishes and surfaces and then leave the cloth to dry overnight?

Thus spreading pathogens when re-used the next day. I remember when I employed a young chef, who had been working in a UK hospital, many years ago he said he was disillusioned with hospital kitchens as the standards of hygiene were not up to what he had been taught at college.

The final straw, he said, was when the chef told him to unwrap the frozen chickens, put them on trays and put them straight into the oven. Well they do say in the UK if you want to get ill, go into a hospital. (Next week I will write about Oysters and their relationship to food poisoning)

Imperial, it certainly is

WHEN I first came to this part of the world we had little choice at the time but to drink Rioja.

That or we were sufficiently uneducated as to the other wines available, although most restaurants and supermarkets relied heavily on the wines from this area.

One of the wines that was among our favourites – and I can’t remember the last time I drank a bottle – was CVNE.Which is also the name of the bodega (Compania Vinicole del Norte de Espana).

While CVNE itself was a good drinking wine the bodega produces some of the finest Riojas available, quality price into consideration.

The best known being Imperial and Viña Real. I suppose the reason we liked these wines, having been more accustomed to drinking French wines, was that Imperial had a very Bordeaux style and the Viña Real, Burgundy.

Years 2009/2010 are two of the best vintages in the Rioja; and the Gran Reservas of both these wines have made their mark on the wine buffs; With Robert Parker and James Suckling both rating them in the high nineties.

While buying a very quaffable CUNE roble or crianza will only set you back seven or eight euro, the Gran Reservas will be a special treat at around 50€ a bottle.

IN a bid to further reduce the amount of plastic that litters our world, some pub chains in the UK have replaced their plastic drinking straws with biodegradable paper straws.

The Liberation Group claims that it is the largest pub group to make such a move, phasing plastic straws out from all of its 100-strong pub estate across the Channel Islands and the West Country.

Explaining their decision, Liberation pointed out that plastic straws are made from polypropylene – a petroleum product designed to last forever.

The straws are particularly harmful to marine life, with more than one million sea birds and a hundred thousand marine mammals killed by plastic waste each year.

As discussed on this page over recent months, there are more than five trillion pieces of plastic floating in the world’s oceans, according to a 2014 study published in a Public Library of Science journal. Marine experts fear there could be more plastic than fish in the ocean by 2050, measured by weight, according to a factsheet from the Ellen MacArthur Foundation, a UK-based charity working to end waste in the economy.

As part of Plastic Free July, the Liberation Group is supporting the local ‘Straws Suck!’ campaign.

The campaign involves stopping the use of plastic straws and switching to biodegradable alternatives. Liberation pubs will be encouraging their customers to join the campaign and cut plastic waste through social media and on its pub blackboards with the #refusethestraw hashtag.

Jayson Perfect, – great name – managing director – Pubs and Inns said: “Our pubs use millions of straws each year, so we see the switch really benefiting the environment. Plastic straws are a blight on our coastlines, marine life and our oceans.

“This is a problem which is entirely avoidable. As an Island company who supports many charitable organisations, I feel we also have a moral obligation to support helping marine mammal life where possible.”

Liberation Group’s move follows a similar one by Oakman Inns and Restaurants, which banned plastic straws in April this year. It also offers eco-friendly alternatives.